Why Your Business Need Leaders AND Managers

Why Your Business Need Leaders AND Managers 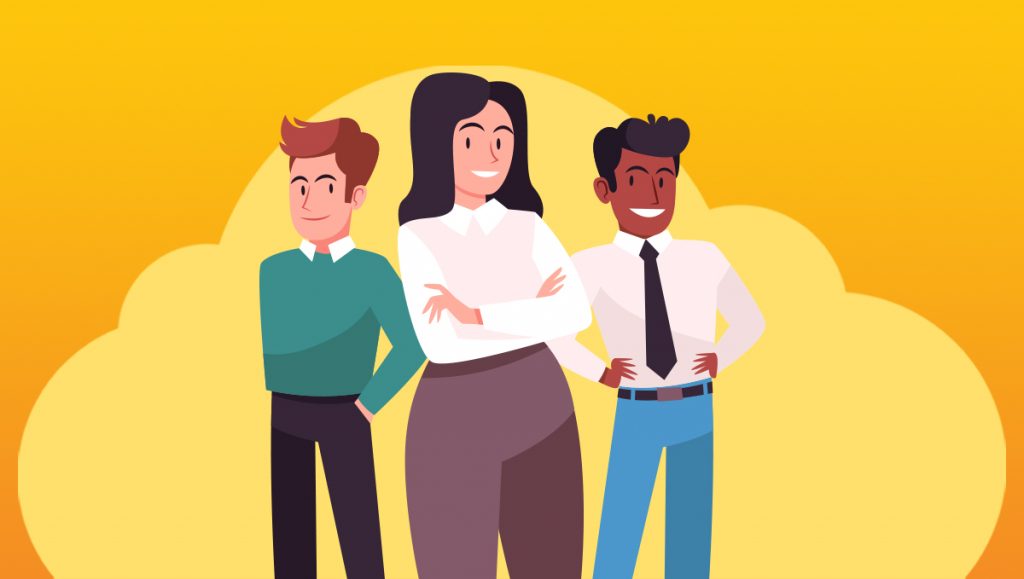 Sean: The next question from Erika is, do you consider yourself as a leader or a manager?

Apple: I would really prefer that it would be my people answering this, but I would have to honestly say that I’m both. I am a leader in the sense that I know I could give them a bigger picture of where we’re planning to go as a team. I also lead in the sense that I lead from the front. So when I tell them to do something, I make sure that I do it myself and that I do it alongside them. I lead, especially in a crisis that I’ll make sure I’m with them when the going gets tough. So that’s how I see myself as a leader.

Sean: Brilliant. Maybe if you asked me a little over a decade ago, I’d say that I think all people should be leaders. But now that I’ve been running SEO Hacker for more than a decade, I’ve learned so many things and I would say the companies need both leaders and managers. And often if you’re the C-level executive or the founder, you’re going to wear both hats.

Now, a lot of big companies don’t need leaders. They need managers. And I learned that in one of our podcast episodes, actually, because they want the status quo. They don’t want people who are changing things almost all the time in their direction. And leaders do that. A lot of leaders tend to do that. So a lot of companies, I realized, need and want managers. And they got the definition wrong, they keep saying they want leaders.

In a company that is medium. I would say small to medium scale, like us SEO Hacker. We have like 50 people on the team. I would say you’re going to have to be both because I’m still managing my team. Apple’s still managing her team. And we both are leading, not just those same teams, but individuals as well within the company.

So a leader is someone who helps you to get from point A to point B. A manager is someone who helps you produce the same stuff that they need you to produce, at least the requirements that’s what a manager does. So they’re very different, the role is between a leader and a manager. And a manager is all about maintaining the status quo, being more efficient with what we have. A leader is someone who looks beyond what we have and says, this is what we can be. So very, very different things, and you have to be both. So I consider myself as well as both in particular times, different times within the day.

From Erika, what were the challenges you faced when your team started working remotely?

Apple: You know, I’m really very proud of Sean and Kevin. So that’s my husband and my brother-in-law because work from home set up has been quite easy to adjust to because of the implementations already from them. So the challenges we faced definitely would be, we miss each other. We miss being with the team. We miss goofing around with them, hearing their laughs, listening to their stories, however random they may be.

So the challenge would be communication, I believe. And then, of course, when there’s lower communication, there would be feelings of loneliness, and feelings of not being part of a bigger team or a team itself. So those were all addressed. We had to address those. So we came up with game nights, we came up with growth hacks. So I call this, I actually started this #TimeToGrow with our team. So every Friday, we think of an activity that we do together with the team, either it’d be a game night, a Bible study, a growth session so there’ll be lessons that you share. That way, the team would feel that they’re still part of this team, even though they’re just working alone in their own spaces at home.

Another is also the brilliant idea of my brother and sister-in-law, Trisha and Kevin. They started Discord for our team. So we have a focus hour that everyone should be there so that anytime that anyone needs something from someone, they could easily just say, hey, I need this by this time. And hey, this is urgent, blah, blah, blah, blah. That’s another. So that’s basically our challenge starting working remotely.

Oh, of course, adjustments. So we had adjustments in terms of logistics. There. So of course management has to be the one to take care of that. And planning the Christmas party, that was hard for us. We really, really wanted to celebrate with the team. Of course, another year, another time with our Lord. However, it is very impossible to send them food. Yeah. We come up with silly ways on how we could eat the same food together. But maybe this coming year. Well, hopefully we could have lesser cases, COVID cases so that we could meet. Yeah, we’ll come up with sillier things to do.

Sean: I think Apple brilliantly already addressed the concerns and difficulties that we faced during the beginning when we started remotely working. I’m going to give you a little bit of context. We already have really good mechanisms in place so that working remotely was not really difficult for us. Everyone was accountable with the hours they were spending. We have a time tracker. We have screenshots being recorded. We have people who are really responsible, really self-motivated, have their own initiative in the team, and it was not a difficult transition. So that’s just the context I want to paint at the get go to answer this question.

But some of the challenges are the same with other companies. Communication is a challenge because you don’t have that water cooler moment when you can tap each other in the back of the office and say: Hey, how are you doing? Everything okay? There’s no more transparency. You can’t see people who are down inside anymore because you don’t meet each other every day anymore.

So in order to kind of make that softer and make sure that we still get a feel of how people are, we have a lot of meetings, a lot of zoom meetings per team. We still have structured meetings. Usually you call it the town hall meeting in other companies. And we have individual meetings as well to make sure that we still have a good grasp and feel of the heartbeat of the company.

Apple also discussed that we have a tool or software that we developed, in-house called Teamstrr. And we use that to get feedback from people. How are you doing? Where can we help? What are some of the things that you think we can improve as leaders in the management? So we get this feedback even when we have transitioned off to a remote team. That has helped us a lot. You know, our team being honest with us helps us because that helps us to improve and adjust to the times.

From Len, do all your employees work 8 hours a day?

Apple: We would like to hope so, but we don’t think so. This is also because of our skeletal team system now that we are working from home and now that it’s the pandemic. We understand that some people are the man of the house or the woman of the house so they’re responsible for errands. And of course, emergencies. So we give some slack for that, Len.

Sean: People can work eight hours even more, and we pay for that. But not everyone does because they have errands to do or maybe some of them just don’t have work anymore to do. Instead of doing fake work, they would just be honest. And because we track work, we track the hours of work that people do, we have trackers installed, they would just opt to do something that would benefit them and grow themselves. Maybe it’s a hobby. Maybe it’s a soft skill that they want to develop. Maybe it’s a book that they want to read.

So we pay. Let’s make that clear. We pay for eight hours, even more if the requirement is there. But we don’t force people to work up to that long, especially now in the pandemic where a lot of businesses are suffering, businesses are going out. So we know we understand the landscape and we try to adapt and help each other, even within the company, as much as we can.