Why It’s Important To Delegate, Not Micromanage

Why It’s Important To Delegate, Not Micromanage 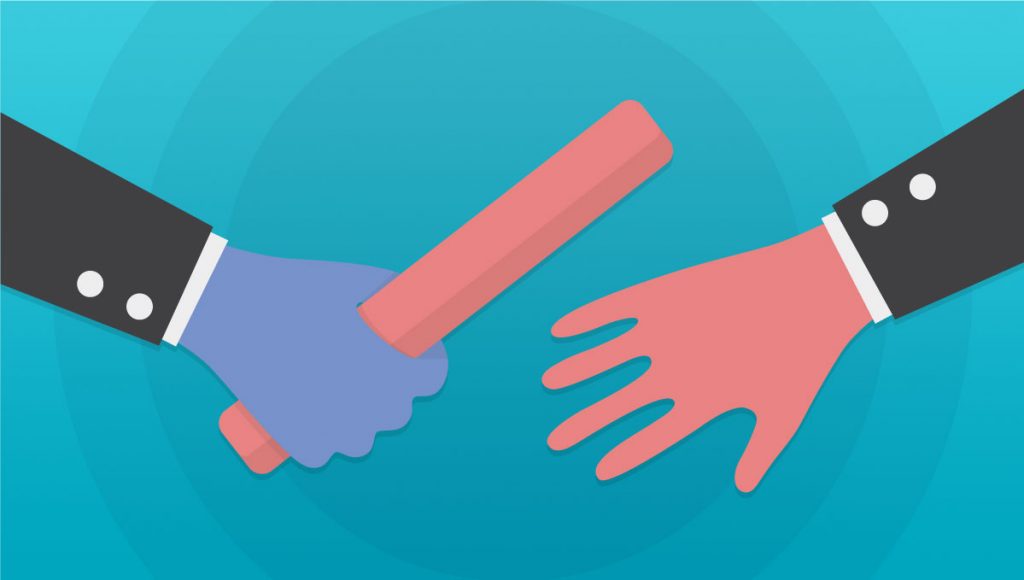 Sean: How do we delegate? How do you delegate? What are some of the principles – every entrepreneur, right? Who is growing, who is scaling up, their business has to learn to delegate. And I think that the entrepreneurs that you were talking about who just threw in the towel and gave up on delegation is because they were delegating it wrongly, or they were getting the wrong people every time. I would bet more on that. They were delegating it wrongly. There is a way to delegate and you know how it is. Can you share that with us?

Sensei: I had a hard time. I had a big struggle learning how to delegate. Like I said, in the beginning, I’m a control freak. And then the next thing you know that, okay, I delegate a job, but then I’m micromanaging. You know, I’m looking over your shoulder. That drives me nuts.

So I had to learn by stepping out of myself and looking back in, what am I doing? Can I be honest with myself on how I’m trying to delegate and manage versus micromanage and critique and criticize? And so the first time delegating a job out was a job that I would absolutely hated to do and, or a job that was so remedial that I didn’t want to spend time on it.

Something that was easy. And so my first delegated job in the real estate business, I ended up just hiring a kid in school to do some simple math, adding and subtracting. Which is, you know, smarter than me because I’m still using my fingers, honestly. So it was very easy task. All they had to do is take a look at this number here, subtract this number here, put it down on paper over here.

That was it. Now, do I really want to spend my time doing that? So I delegated it out, look over the shoulder and I wouldn’t, you know, I do it this way. I do, I file things this way. All right. So what I ended up doing is this. I said, I have to stop doing this. I’m driving myself insane. I drive a lot over the years and I love road trips.

So most people would turn on their country music and get down to the hoedown and listen to  their music. Or you can do what I do. I pick up my phone. My secretary is Siri on the iPhone and I start creating office manuals. And so when I’m driving, I’ll think of a simple task and maybe that’s researching a property online.

I’ll go and say, step one, go to www in Finland. URL step two. Here’s the credentials to log in. Step three, go click on this taboo here. Step four, do the, and I go through the step by step bullet pointing things out on my phone, voice dictation. Next thing you know, I’ll send it over to myself. I’ll clean up real quick. Great. I got a page in the manual to do step-by-step for this specific task.

And I kept doing that over and over again. So I will work during the day in real estate, but then I would drive an hour to get to one of my martial arts schools, seven days a week. That’s round trip. That’s 14 pages in my manual. I just got completed.

I would clean it up, put this manual together and I – “look, come over here.” So I’m hiring a kid on Monday. I got I’ve already hired him. He doesn’t even know. I know he has the heart and I know he has the smarts. But he’s never gone through an interview process before. And so I’m going to put him through the interview process, but he’s already hired because I know no that he has the same core values I have and he’s right out of high school and he’s wanting to be an entrepreneur and he’s already started a very small graphic design business.

But what I’m going to do is I’m going to sit them down, take them through the interview process. I’m looking at his communication skills. I’m looking at his heart and looking at his smarts. And when I bring him in and train him, look, it’s simple. My manager, assistant manager will take them to say, okay, we have a manual for this task right here. We will walk you through it a few times. Great. You got it. You’re on your own. Finish that task. You did it well. Great. Let’s upgrade you to something a little bit more difficult.

Sean: That’s all awesome. So you have your process documents, which is one of the critical things that a lot of entrepreneurs who want to scale up and delegate miss. And you know, a lot of people miss this is because they don’t want to take time in due diligence to really craft.

You can retire at any time you want no, then you’re doing it wrong. You can’t work off just one referral system because when something changes in the economic cycle or the real estate cycle, those referrals go away. Yeah, because everybody’s running scared. You need multiple streams of marketing because it changes all the time.

Sean: Really good stuff. So if you’re, if you’re listening and you’re, you’re facing that wall of, oh, I just need to do this process. Documents is not my thing, but no one else knows how you do what you do. You have to take time and write down that process, or do it the way that sensei did it, which I think is brilliant.

Just open up Siri or Google assistant and do it that way.

Sensei: I think I’ll tell you right now, anybody that’s listening right now, it’s not a time factor anymore. It’s a return on investment on time. It won’t take you long. Figure, a simple task that you need someone else to do. Write it down in bullet points.

And this is what you’re looking for right here in the screen. And now I’ve got a video tutorial that I can give to someone here where I can upload the Upwork and give it over to a virtual assistant. That’s over in the Philippines. They speak better English than I do.

Sensei: I would say a lot of people in my field are in trouble. And they’re in trouble because they did not diversify in their strategy in their business. They’re very linear thinking. And that’s because since  our grease session to the pandemic, we’ve only been uptaking right.

We’ve only been not taking in the market, it’s getting better and better and better in the last four years have been phenomenal. One of the best robust economic markets we’ve ever had, phenomenal. Uh-oh, pandemic came up and kicked us right between the legs. And we’re all doubled over holy smokes. That hurts.

And so those that only had that, oh, I’m on the ride to the top. I only need to do this. One thing is now in trouble. I want you to picture this everybody. Picture a bicycle wheel. You can’t put the tire and rim together on a bike and make it work. The first thing you have to have is the hub. The hub is where all the spokes are connected to and bolted onto the frame where that spoke goes out to a rim.

But it’s still turning, the problem with most businesses is they have this hub and they’ve got one spoke or two spokes. They go ride their bike and they’re boom, boom, boom. And they collapsed and they’re done.

That’s an issue. Now we have to start with one spoke. But you don’t stop at one spoke once you’ve mastered that one spoke you add on a second spoke, you’ve got some more revenue coming in.

You invest into a third spoke. You invest into a fourth book. I don’t care if you have the beans and rice or you’re on the ramen diet. Cut out all the luxuries in your life and put it towards your business so that you have a full, complete rim with spokes. So when you do hit a pandemic, a recession, a change in your market site, you’re still safe and sound. You’re still able to roll.

Sensei: Should I go copyright it right now?

I could just see how well you do your business coaching because you make it so easy for someone to understand the point that you’re trying to bring about.