What You Need to Know About Starting a Business

What You Need to Know About Starting a Business 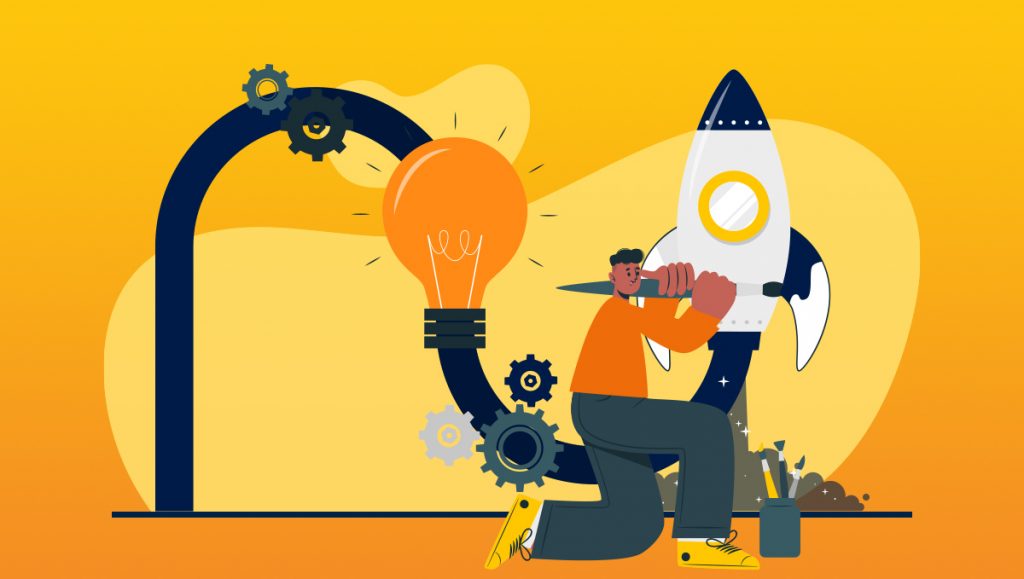 Sean: From Roevic, do you have any pointers on how to properly manage a newly opened business?

My biggest advice would be to always be on the block. Always make sure the revenue is greater than expenses. That’s the biggest thing right there. So if your expenses are lower and you’re selling more, you’re making more profits, you’re making more avenues, for me, you’re doing a great job. That usually entails you being very hands-on, working long hours, wearing different hats, and sacrificing yourself, you know, for starting that business. That’s what it takes. If you’re not willing to pay that price, do not start a business because you’re probably going to be on the red and bleed out expenses, probably going to be greater than the revenue.

Apple: For my advice, that would be to think ahead before you implement rules, before you implement perks for your team, for your company. Think ahead. Am I still going to be willing to give this to 100 people next time if I have that many people under my wing? Will this rule be practical, even if I grew up to this size? So those types of things, that’s my pointer.

It’s really fun actually how Sean and I experienced this, especially Sean and Kevin. He started this business with his brother, Kevin Si. But when they were starting it, he was also “consulting”, consulting with me, sharing with me his ideas. And I was sharing with him that, yeah, you ought to really be careful of the rules and of the perks that you will be giving your team because in the end you can never take it back.

When a group of people, for example, the first hires are already used to the set of rules, then you suddenly have to change them, to adjust, for example, working hours from it used to be half day and then now you have to work full time, same pay, that would just create chaos and a lot of disagreements with your team. Or the number of leaves, for example, you gave up five VLs and then you said you suddenly want to make it three for a year. Yeah, again, that would definitely create problems.

Sean: So from Roevic, thank you again for the questions. What do you think is the most important factor in putting up a secondary business?

The worst thing you would want to have when starting up a second business is starting it all over again, like a startup where you have sleepless nights, you have to work long hours, you have to wear a lot of hats. If you’re going to do that all over again, and your first business is running the way it is, sometimes you’re going to question your life. Like, why did I do this? Why did I repeat this? Why did I get a rock and hit my head with it? Right?

So you have to make sure that the second business has like 30 to 50% overlap, at least with your first business so that you can just kick it off the ground almost immediately and have a lot less work on your head, on your shoulders that you need to pull. So, yeah, I think that’s the most important factor.

Sean: From Mitch, can you share how you decided to scale up and niche down your services in SEO hacker also? How did your other digital businesses come about?

We are best known for SEO because we rank at the top for the keyword SEO Philippines, which is arguably the hardest keyword in the country. We’ve always been known for that. And the business name is SEO Hacker. Not that I wanted that to be the business name. If you know the history, if you’ve heard me speak, or if you listen to the podcast or on YouTube. That name SEO Hacker is actually a blog. That’s how it started. I didn’t intend for it to be a business with 50 people in it servicing the biggest companies here in the Philippines and abroad. I only intended for it to be a blog where I would write everything I was learning about SEO and that’s it.

So it’s not that we niche down. It’s just that we’re known as the best at what we do. And so it’s what people get us for, that’s mostly SEO and digital marketing that has high ROI. We decided to scale up because the need was there. It’s not because I just decided to do it. The need was there. We had to hire more people. Because we were getting more clients, which we can’t turn down.

So I decided, yes, we have to hire more people. We have to scale up because we want to serve the world better. The world is going to be worse off without us. They’re going to be following the footsteps of other companies who are less ethical or unethical. Whatever. Right? There are companies like that in all industries, not just in the digital marketing industry, not just in the SEO industry.

We want to be an example by paying our taxes right. We pay our taxes, right. A hundred percent. And we hire accountants who really do their best job and best work. We’ve gone through numerous accounting firms and accountants. And we really got the best ones because we want to do things honestly, and with integrity and with honor, and that’s how we operate. And if your answer is yes, the world is going to be worse off, then you have to exist, then you have to scale up. So it’s not like I made that decision, just like that. I thought about it. And the answer is we have to do this. We have to exist. We have to grow.

Also, another thing is, if you don’t grow, if you don’t grow your business, you just want to stay status quo, guess what will happen? You’re going to be eaten up because your competitors, they are after blood. They’re always in their blood. They want to grow. There’s just a big pie. They’re going to want your piece of the pie. If they’re targeting growth and you’re not, they’re going to get your piece of the pie. That’s consequentially, what’s going to happen.

And how did the other digital businesses come about? It also came about through need. So Qeryz, which is a micro survey, came about because the only customer feedback survey form that is on a per page basis, which Qeryz is, was super expensive. It was super expensive. And they’re the only provider during that time. So I talked with my partner and I asked him, can we do this? It doesn’t look so difficult. Can we do this? Can we set this up? Do we have the expertise to build a server? Do we have the expertise to make sure that database hits are okay? And the answer was yes. So we went ahead and did it.

And we use it to serve our clients as well. So there is a direct correlation with SEO Hacker. Let’s make one principle clear. I don’t start businesses that have completely no correlation with my first business, SEO Hacker. And that is because I want to build on that exponential compounding effect. SEO Hacker already has it. I already have a system for it. It works. We can just port that and move it to this new startup and it’s going to work way better, way faster and with more accountability. And that’s the competitive advantage.

Apple: So I think it’s also very important that you stay within your niche. I think Sean was saying that as well. I think, being influenced by my father also, he told me, make sure that whenever you start something, you know, all the ins and outs. You know the ropes. Also, I think how the other digital businesses came about is also the demand. So there’s a high demand and a low supply so there goes the need. So if there’s a need, you jump ship. Something like that.