What Podcasts Can Do For Personal Growth

What Podcasts Can Do For Personal Growth 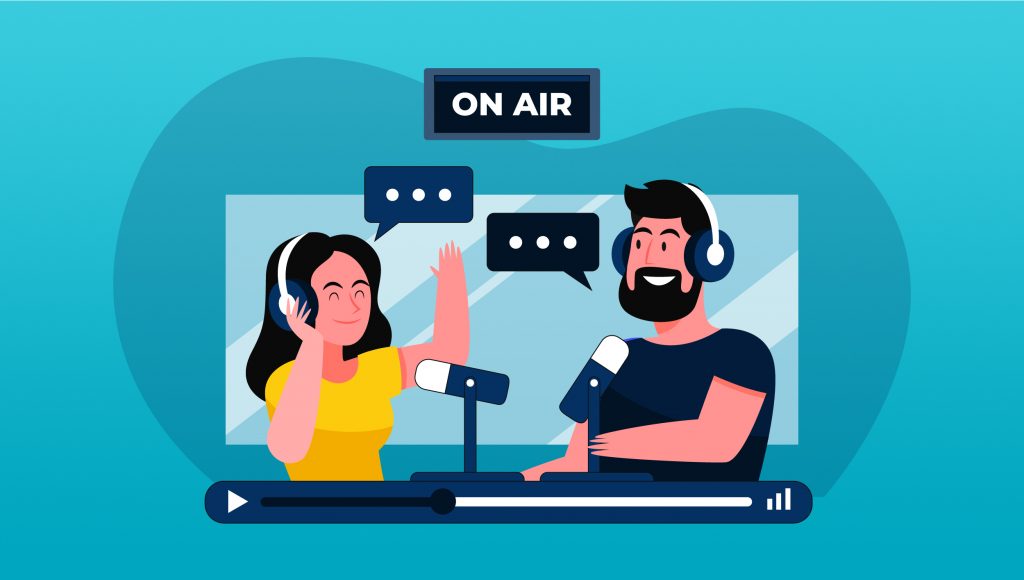 Sean: What’s going to be, Craig, your go to like your top two or three sales tactics, and we’re talking tactics here, like when you feel like you’re trying to crack a deal and it’s getting tougher, you’re getting more resistance, they’re getting a bit more skeptical about what you’re selling or saying. What are you going to do, the tactics, when that time comes?

Craig: Well, typically my referral strategy system that I just told you is every business that I do coaching with, most people don’t really understand that little part of that strategy. So I just say, you know, but here’s a good way to sell without selling. Number two is the who do you know strategy. So when I built my business internationally and I was going to the Philippines, I’ve been to the Philippines, maybe 15 times, Singapore, 20 something times. If I was going to Singapore, I’d put a call out to the universe. Hey, do you know anyone living in Singapore at the moment that’s interested in health and well-being that likes to make a bit of extra money and got a bit of time on their side?

Craig: And so, and let’s say I was talking to you and you might go, Do I know anyone here? I do. I’m interested, you know, so I can sell to you about selling to you. So a lot of the way that I built the business that I was talking about, the big products business was I was using a ‘who do you know’ strategy. “Hey, I’m just about to head off to Russia next week. Do you know any English-speaking Russians that are looking to make money online and would like to make a seven-figure income?” “Yeah, yeah. I know heaps of people that fit that category, including myself. Tell me more about it.”

Craig: So if you know the three common objections that are going to come up in the product or service that, you know, you might be selling if you can add to those objections in the sales process before they come up. You’ve already answered all the objections and you’re more likely to get a sale. So there are three pretty, I guess, alternative strategies. I say that works very well. The referral strategy, the who do you know strategy, and team buy resistance to asking, you know, the things. Obviously, knowledge is power. Conviction is power. So if you know more than they know, and you’re deemed as the expert you will be, you know there’s another great way to get good at selling.

Sean: Got it! Now let’s talk about marketing, we’re at sales, I want to talk a little bit more about marketing. and I love that you build an engine of growth through referrals and through asking, ‘who do you know that I should know?’ But how do you market yourself in a broad sense? So when you ask for referrals and you ask, Who do you know that I should know, it’s kind of like one on one. You got one on one conversations going on there, but marketing is more of one is too many. How do you market, Craig? How did you build your seven-digit business? How did you do it?

Craig: You know, just factoring in time to be a guest on shows like yours, all sorts of different shows where they might have 50 people that watch or they might have 50 thousand people to watch. I’ve been on some shows that have an audience, the five hundred thousand I’ve been on live TV. So getting your name out there is pretty important. Online, you know, I do a combination of both free traffic, so brand awareness stuff, and content creating. But also I’ve spent hundreds of thousands of dollars in Facebook advertising and funnel building and having teams to do that. So I build a huge database of people that will be booking appointments that are actually already sold to the appointment and then I wanted to speak to me. So that was one pretty powerful way, but that’s an expensive way to grow your business.

Craig: I do have a few people on my team that do a little bit of outreach stuff for me, so they’ll go in and say, “Hey, my business colleague Craig is looking to get on your show” like that so that a bit the outreach that way. I’ve done PR. So you know, I have spent a bit of money getting some PR as well. And not just any money for it but putting myself in front of people that are looking for stories like mine, so I have featured in a number of really good publications, as I mentioned, I’ve been on live TV. So, yeah, marketing is ultimately more than ever before. Marketing for the sake of marketing means nothing. You want to get them into your email database and email market to them and keep that quality consistent content going to your database. Now you can have a thousand people on Facebook and zero tomorrow, so don’t fall for the trap of building your own intel into a social media platform. You need to have a strategy to move them into an email marketing database of some sort.

Sean: For sure for sure. And I hear you. I mean, I’m doing the same thing. Yeah, Facebook just snap their fingers one time in Australia, right? That’s what happened. Now let’s move forward to leadership. You’ve done a lot, and the hardest person to lead is yourself, right? Getting up at what time in the morning sleeping? At what time at night, being disciplined in what you do, with all the words that you want to say that might hurt other people. It’s hard to lead yourself and you’ve been doing it in a hardcore way since you were 15. What are some of your top three or five leadership lessons for leading yourself and the team that you could share with us today?

Craig: Look, I’m always about the evolution of yourself, so I’ve invested, and not everyone has the capital to do that. So you need to lean into podcasts like, you know, listening to your podcasts, my podcasts, whoever, to continue to grow and evolve your mindset, your skillset. Everything about yourself needs to be a constant and never-ending form of growth. If you’re not growing, you’re dying, as I say.

Craig: Having a world-class team around you is, you know, you want to have an advisory board of good quality people to bounce ideas off. So I learned through reading the book from Ray Dalio, one of the wealthiest people in the world called Work-Life Principles, and he talked about the concept of triangulating decision making.

Craig: And what he meant by that was simply – let’s put it into a health context. Let’s say that you had been given a poor diagnosis from your physician about your health and the strategy that they were going to use to intervene, to try and help you in that situation. So he took that as really good advice. But let me just get another opinion by a highly credible person, and let me get one more opinion by a highly credible person.

Craig: And by having three different perspectives on his situation. He was able to form a view I’m not going to go to on the operating path. What I’m going to do to this person, he said, “You could probably change your lifestyle if you do this, and you could do this, and then you could potentially manage it.” So he said, I’m going to go down that path first, and then we can intervene if I need to. Take that whole idea into a business. And that’s a priceless idea in terms of being a great leader as well.

Craig: And I think the best leaders in the world are ‘build people up.’ So building that relationship, helping them grow and evolve, understanding the why’s of their desires, what’s going to make them tick, give them more opportunity. They’re looking for more opportunity, and building this is sort of like a build them up model rather than a corporate tie. Hey, I don’t want you to take my job model. It’s helping people grow and evolve to fulfill their potential. So let’s hear some insights into what I say is really important. I think good leaders are always trying to innovate and use the world’s best practice, whether that’s bringing new technology to the table, whether it’s, you know, it might be a, you know, introducing a month, a weekly update, you know, team meeting or something like that. So continually, to innovate and bring in the world’s best practices is important as well.

Sean: That’s amazing, and I love that book and I remember that story. He was going to go under the knife, which was, yeah, that was crazy, right? I mean, they were going to take out some important organ of Ray Dalio’s. And if he didn’t do that triangulation, he would have lost something from his body already. Really good stuff. I also love the tipping point of Malcolm Gladwell, a lot of books that you mentioned, I’ve read as well.