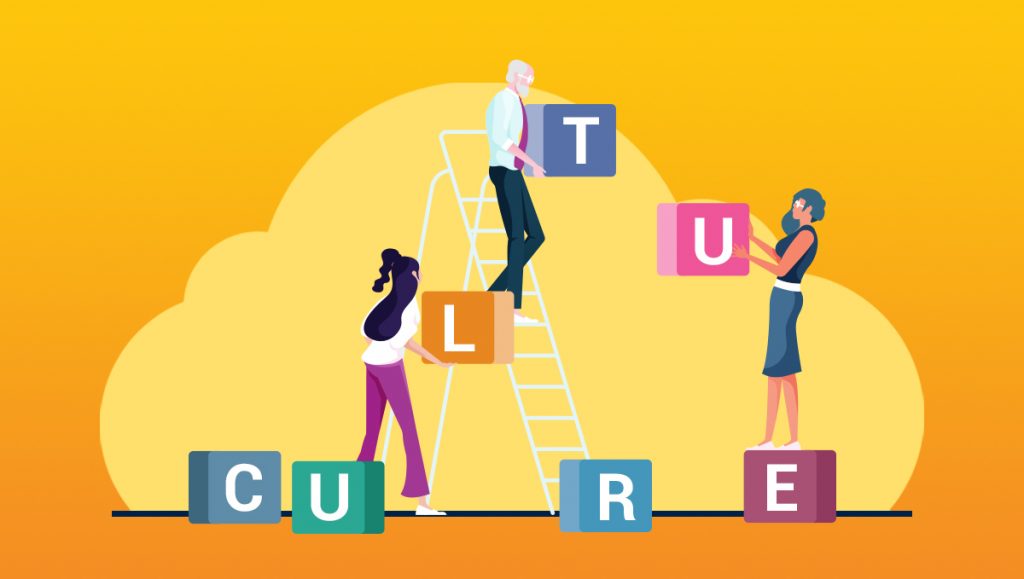 Sean: Next question, how do you build and foster the right company culture? Alright, here we are on the hard part.

JM: I think it really starts on the company’s mission and vision, and the important values of the company as well. So I think the foundation itself is very crucial in order for you to really have that map. Right? Because if you don’t have a roadmap about the company’s culture and even values, then you won’t be able to lead your people and build from the foundation that you already have.

Sean: Company culture, it’s usually a very elusive topic. You hear a lot of people talking about culture and company culture. It’s something that you feel, you smell, kind of, when you enter a place. You just know they are different, what’s different about them, the culture, but you can’t really say, what that is.

And how to build a culture is two ways. Number one, just let it happen. Culture will happen, whether you are intentional about it or not. And oftentimes the result of that first way is, it is a culture that you would not like. There’s toxicity, bureaucracy, red tape, politics, you name it. The second way of building culture is you build it intentionally. When you try to form culture intentionally, how that looks like is, you put processes in place. Culture can be defined as how we do things. That’s how it can be defined. How we do things is our culture. It usually starts through processes.

How SEO Hacker, for example, has built the culture is, we make sure that everyone knows the core values, everyone knows the vision, and everyone knows the mission. And what I mean by “knows” is not just memorizing them, but knowing them on a deep level – why we have them, why it’s important for your work, what the vision has to do with your day-to-day activities. We define that. We take the time to define these things where we cannot put it as an ROI in our balance sheet that, “Oh, we defined it that’s why we have an ROI.”

That’s not the case because when you do these things and you know, the world calls it soft skills or soft things in a business, there’s no direct return on investment, such as when making a sale or such as when running an ad and checking how many views you got, how many clicks you got, and how many add to carts you got. It’s not measurable in numbers. But if you’re not intentional about that culture, it will make your company a place that you wouldn’t want to work in sometime in the future.

So I think that the cost is great about not being intentional. And the benefits are huge when you’re intentional, because you attract talent and people who are just the kinds of people you want in your team. And one of the things that you could also do is, make sure that you are getting them at a rate that is fair, because there’s a lot of piracy in the market. Sometimes other companies would just pirate some of your people. That’s tough. That’s a tough game to play. Now, we don’t want to play in that game. And what we do, we just build a culture where people like us would really want to work there. That way we don’t need to compete in the salary market because no amount of salary will pay for how people feel when they’re in my team.

JM: Sean, I have an additional question here. For SEO Hacker, did it help, for instance, did you have training or group sessions? Or let’s say, do you have outings? You know, something like that, so that everyone will have a close bonding and you will get to know each other and even encourage each other about the company culture.

Sean: How we build the culture is we started it from day one. Actually, we started from day negative six, or something. Negative six, because our hiring process is long. It’s a six step hiring process and we have that recorded on a podcast episode as well on Spotify. And, only 5% ever gets to pass the hiring process. Out of twenty people, one gets hired, and then, yeah.

So yeah, we have outings. We used to have outings in SEO Hacker. In fact, you’ll see some videos in our job’s portal, seohacker.services/jobs. You’ll find the video of our past outing there. Now we haven’t had our outings since the lockdown and the pandemic because it’s too dangerous. And in fact, I don’t even let my people go to the office because I can’t stomach it if we lose another team player, because of me. We have lost someone, not because I asked them to go to the office. But that kind of tragedy, I would never want to be the one who is the cause or the reason that the person gets sick. I would never be the reason why. So I never asked them to come into the office and I would never ask people to go on an outing.

I think an outing does a lot, but it’s a one-time thing. Like once a year, maybe twice a year. Culture is not a one time or two time thing. It is something that you live and breathe every day. And for us to be able to reinforce that after the hiring process and after the onboarding, which is already a very colossal way on how we inject the SEO Hacker culture to everyone who is playing in the team, we also have meetings every week. So we have our town hall meeting every Monday. We make sure everyone’s there. We update them about the happenings in the company– the sales, the accounts who renewed, and some of the rankings of our clients. We also mention there, which one needs to be worked on.

And then we break it down to teams. So even on a per team level, we have our meetings. Like my brother, who is the head of operations meets with the development team, the writing team. I meet with all of the SEO specialists. So we make sure that the culture and relationship, because usually when you have a team outing, it’s less about the culture and more about the relationships being built. So the relationship is intact because we meet every week, we talk every week, and we don’t talk all about work. Even though we do it on working hours, which the company pays us for, for me building that relationship is also part of work because that strengthens the team. So that’s how we do it in SEO Hacker.

Next question is from LJ. How do you start and maintain brand awareness for your business?

So I think anything that will really create an avenue for you to give value to other people. Okay. So it’s not just about brand awareness, but it’s really about the motivation and the intention behind it as well.

Sean: One of the things that my wife mentioned that she learned from John Maxwell is, don’t build your brand, get good at what you do, which I think is a really good insight. Because even if you pay for advertisement, for brand awareness, and reach or engagement on Facebook, Instagram, or YouTube, you can burn all of this ad money. But if your product or service is not that great, it will not go far.

So before you spend anything on advertising or marketing, make sure that you spend a lot of time, effort, and money on improving your business, your process, your products, your service, and your support. Whatever it is, improve that first. And then you can spend money on advertising on Facebook, Instagram, YouTube, or whatever you plan to market your product or service.

Sean: Yeah, that’s true. So we have an episode actually on the Leadership Stack Podcast that talks about word of mouth marketing and why it’s still the best form of marketing. It’s free. It hinges on the integrity of the person sharing about your product or service. I mean, hands down, if you can get word of mouth marketing for your business or brand. That’s the best.

And how did you learn all the legalities in business?

By doing it. I’m a shoot first aim later kind of guy. So when I was knee deep, maybe even neck deep already in the mud of entrepreneurship, then I realized, “oh, I need this, oh, I need that.” There are some people who helped me out because I asked them questions. There were times where I cold message people and I told them, “Hey, can I buy you lunch? And I just have a couple of questions. Your choice of restaurant. I’ll pay.” And then that was a mentorship session for me. And I knew these people, some of them have sold businesses, some of them have been adopted to board of directors, some of them have stock shares in their company.

So I asked them all of these questions. That’s how I can answer all of these questions that you guys ask me now. I also learned them from other people. Other people including books, including those mentorships, dine outs or lunch outs, and also from my own experience and hiring professionals as well. Sometimes you hire an accounting firm and then you ask them questions. I know that’s how I did it. It’s like it’s my tuition fee that I’m using to pay for them because I ask them a lot of questions: How’s this? How’s that? How’s the deadline for this? How are we going to do this?

Also for the law firm that we have. I also asked them a ton of questions. I read a lot of the Philippine laws and I tried to decipher what they mean. I have read the entire data privacy law. It’s not so long. In fairness, our law about data privacy is quite short. I understand everything that’s written there. And I have read a lot of contracts from a lot of different companies. That’s how I was able to craft my own contract as well.

So all of these things, you cannot really just learn it by not doing the business and researching about it. It’s different. If you’re already there in the battlefield fighting for your life or for your business and then you learn all of these things, it just sticks way better and it takes on a different meaning. So that’s how I did it. I’m not telling you how to do it, but you decide how you want to do it.