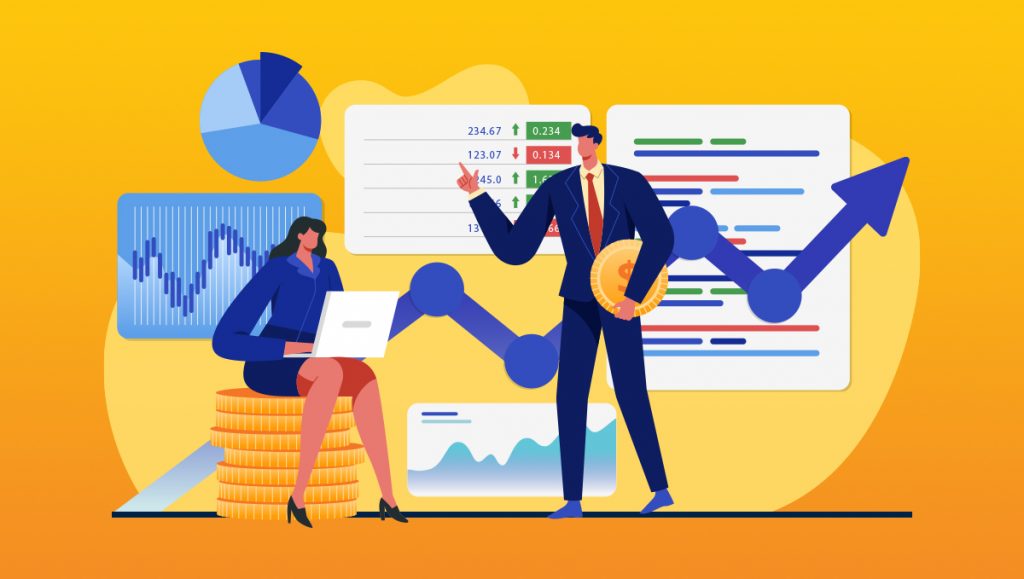 Sean: We have a question from Myrose. Which one would you recommend for a first time stock investor? Top five choices would be: There’s Crypto, Commodities ETFs, Ethereum Family, Energy, Technology, Real Estate. There’s a lot. I think this question is for you.

Marvin: I won’t buy any of that. That’s true. People need to understand this, that in the world of investing, you invest in where you are confident already. And when you’re asking that question, it also means that you also need to have more research. And if we answer that, they might do, “Oh, Sean and Marvin said this, we should buy this”, not knowing that that may be based on your certain conviction.

Please remember that in the world of investing, when you are starting, it will always be based on your competence. And my suggestion is, if you’re looking at all of them, then invest in all of them. Try it all. And then what works for you, you put most of your capital there. But if you’re asking me right now, if I’m going to invest in any of them, I won’t invest in any of them because I’ll buy the individual stocks instead of the ETF. I know nothing about what’s in it. So what I will do, just looking at those names, I would have to research first what’s in it because not knowing its content, it’s just like putting a dart. So maybe you, knowing the connected sectors here, but I will also search for what they hold.

Let me give an example. I made a video on TikTok a few days ago about GInvest. GInvest has a global portfolio. So they have a consumer, it’s separated. I will really look for its content. So I saw that it includes Samsung, it includes Apple, it includes Microsoft, and you’ll know that this is okay. It’s not just about knowing the names of the fund, but it’s knowing what’s included in the fund. Because knowing what’s in the fund, in my opinion, you still need to study if it’s okay that you want to invest in there.

But if the question is, what is allowed if you are just starting? Try everything, try everything. I started 2018 in Bitcoin but I think I’m very, very, very, very new still. So everything that can be tried, can be done in Cryptocurrency space, I try to do it. So it is fine for me to make mistakes, it’s fine for me to lose some, it’s fine if it will underperform, because my goal is to learn. So if I learn it, and then by the time, 2, 3, 4 years down the line, I get better at it also, that’s when I will reap the benefits of it. But if I earn in two months, in three months, that will be a bonus for me. If I earn this week, that’s a bonus for me, but that’s not my chief motivation for doing it.

So when you start practicing it and when you start trying it, from there, you will figure out if this is the fund that you should focus on. That’s when the competence also starts to build in. I’ll give you a perspective. There’s a lot who jump from no background in investing, they go straight to the cryptocurrency market, which is not wrong. As for me, my background is really a stock market trader and trained in the cryptocurrency market, which is also not wrong. The way I’m analyzing things is I’m using my background in the stock market. And the things I learned like I should not buy the things that I don’t know. That what I should buy should be based on something that at least has fundamentals also.

The chart in the US market, in the Philippine market, and in a Crypto market almost looks the same. So with the difference that there is more volume and volatility in the crypto market, but the same tools that you have MACD, Moving Average, Candlesticks, Support and Resistance, analyzing the trend are pretty much still there, so I still have it with me. And if a Cryptocurrency drops, it’s not something that I am scared of. It’s not something that rattles me because I’ve built that experience also through the years. So I think that’s one thing that in terms of an edge I’ve built through the years, because I obtained how I get past the volatility.

Sean: Just want to ask the both of you, what’s your worst money mistake that you wish you have not committed?

Before I studied stocks under Marvin’s Stocks Smarts, I was just blindly investing and I had no idea what technical investing was. I thought that fundamental investing is good enough because you know, like if it’s a good company it’s going to go up. Right? And unfortunately, here in the Philippines scene it’s quite slower, like we’re looking at five years or more. I was younger during those days, so I wanted some more growth in a shorter amount of time. Even if it took more risks, it was alright with me.

Also, I made stupid investments on stocks that were not really extremely sound. They’re not blue chip companies and I don’t know it. I think that the mistakes stem from ignorance and not really investing in the knowledge of: How do I make winning investments? How do I make winning trades? Those two things, literally, I learned from the Stocks Smarts workshop that Marvin did in a hotel in Makati. So that’s for me.

Marvin: I don’t regret mistakes. But it hurts to make mistakes that you wish it didn’t happen at all. But when you go back to that mistake five, ten years later, you realize that, that’s why you are better as a business owner, as an investor, you became more successful because of the mistakes you committed. Because it either forced you to get better, it forced you to be great at your craft. And you will realize, for example, you made a mistake and you lose money, you will say to yourself that you don’t want this to happen ever again, that’s why you start going into it.

So hindsight, you don’t want to make the mistakes because it hurts. But people need to realize that we’re not supposed to be scared of committing mistakes. Because the more you stop being scared of playing a perfect game, the better you will become as an investor because that’s what will make you better later on. So there.

Sean: From Mitch, how does your religious belief influence your investment decisions and the way you handle money?

So I’m a Born Again Christian, so is Marvin. And for me, at least I can speak for myself first, there’s a lot of verses in the Bible about how to handle money. In fact, the Bible talks about money more than it talks about heaven and hell in terms of the number of times in verses. And God knows that we’re going to be dealing with money a lot in our life.

With just the book of Proverbs, you will learn a lot from there about how not to be a subject to the lender, don’t be in debt, don’t put a security for a stranger, meaning don’t guarantee if you don’t know the person really well. Actually nowadays, people will say you shouldn’t guarantee even if it’s your family or a relative. It’s hard to lend money nowadays.So there’s a lot of wisdom actually in the Bible about money. And even if you just study the book of Proverbs, you’ll be already well on your way to becoming good in your personal finance at least.

Another thing would be for me to be generous with people who are in need. So when I see that there’s someone really, you know, who is in dire need of help, and I know them or sometimes even if they’re acquainted with me, they need help, I pray about giving to them. Some people would ask if they can lend money and usually I pray, talk to my wife, if we can just give, instead of lending. Often, it’s not the amount that they want, but at least they don’t need to pay it back. And saves them the, you know, the worries if they need to pay it back. We will get worried too.

So I guess it does influence the way I handle my money by a lot. If you want to learn how you can handle money in a way that I do, the book of Proverbs would be a really good start to read. It’s not long either. It’s not a long read.

Marvin: When you look at the Bible, you will see a lot of verses there also that are very, very practical, that are woven into what we really do. For example, look at verses in the Bible about Joseph. When there were times of petty, he was already prepared for times of luck. It says in the Bible, go to the ant you sluggard, meaning it’s telling you also to work hard.

So there are a lot of things that we see as personal practical financial advice, which are interwoven also in the practical lessons also that you can get from the Bible. So if you do a deep dive on it, you will see that what you heard from Sean Si about not being in debt, or not being too leveraged, or not doing this and that and that and that, it’s all in the Bible. So that’s it.