The Risks You Face as a Young CEO

The Risks You Face as a Young CEO 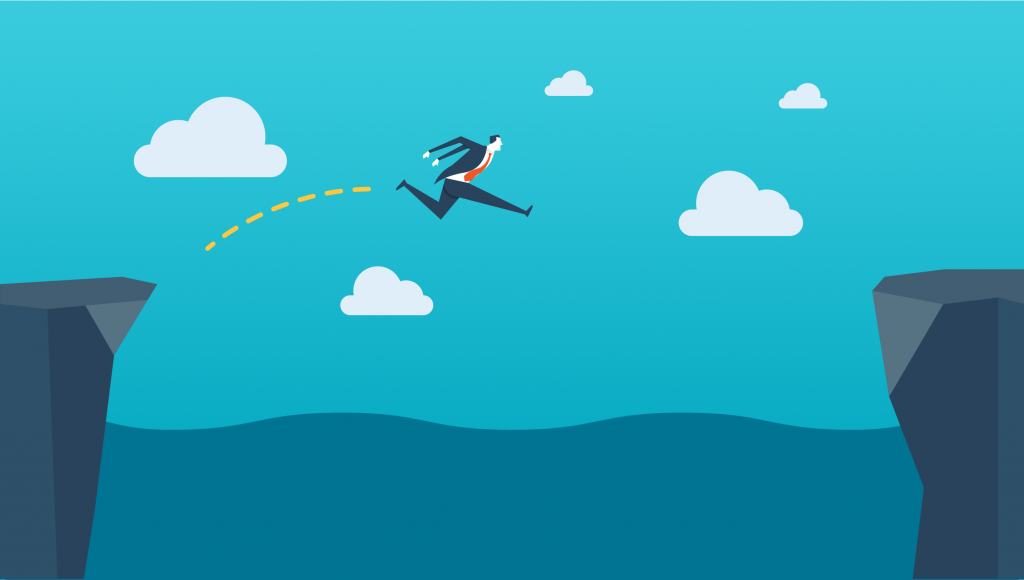 Sean: It’s so interesting that you mentioned hiring head of culture is important. But now I’m wondering with all of these things going on for you, and I’m sure you’re being a humble when you said that you were an alright sales guy and that’s all you had going on for you. No pun intended. I’m wondering now, how young are you really?

Are you like – I don’t know, I have no idea. You look so young, but you have such an amazing experience already at work.

I used to have the biggest chip on my shoulder. And I used to kind of go around with this. I’ll even call it kind of obnoxious, but immature sense that I used to say at work – age is just a number. It means nothing like you can be CS you know, an MD CEO at any age, which I still believe by the way that is still true, you really can because, you know.

But I kind of always took it like a personal thing that I couldn’t get CEO roles, because people were just like, who is this young kid basically? He needs to have more experience on his CV. And I always felt that that was unfair because it should be about, you know, ability and personality and attitude before actually doing that.

I think you wrote a book on this subject, right? So I think for sure, you probably know about this way more than I do. And I wanted to break through that and I wanted to prove to people that you know, young leaders should be promoted and should actually have the opportunities, not just because there’s an age on the paper, but because they’re the best person for the job. Like that’s the key, are they the right person for the job at the right time?

But then actually funny enough, my last couple of years, and I’m sure this just comes when you mature and anyone who’s younger and listening to this will probably hate me for saying this, but there is a lot in maturity, right? There really is, and you always look back on yourself and say, what were you thinking?

And the same here in five years, I’ll look back on this interview and say, Joseph, what were those answers? For goodness sake. Because that’s just the beauty of life, right? You do constantly evolve. Maturity just means that you just do get better. So you can become a CEO at 22. That’s unbelievable. It’s another level.

You can become an MD at 26. It can be done. But at the same time, if there’s someone who is older and trying to give you their wisdom and saying experience, I don’t believe there’s any need to look at that person and say, what are you talking about? I don’t need experience. Because it has a huge amount of value. That’s for sure.

That was a long way to digress to your answer or your question of how old are you?

Sean: That’s the beauty of having this podcast? We can digress anywhere you like no problem. I mean, we’re all learning, I’m learning. And I completely agree with what you said, starting out young and having this major daunting responsibility, such as being managing director and CEO at a young age, it doesn’t help if your ego gets in the way.

That’s what I can say, for those of you who are young, driven, and have found some level of success, that is a one major thing. You always have to push out of your own ego.

When people are giving you advice, listen, be hot iron, and if the blacksmith strikes, you just make sure that you follow suit and learn from that. And yeah, I’m sure you have had a lot of mentoring moments. You’re not going to get to where you are, if you’re not open to other people’s wisdom and learn from their mistakes, rather than just making your own.

So I want to rewind a little bit and talk about culture. Why did you say earlier that it’s probably the first hire that you’re ever going to do? And I want to, I want to add to that question to give you a bit of context. And this is because, for me, culture is something that the founders’ DNA has to figure out first, like what’s what does my DNA look like before I ask someone to say, okay, here’s the DNA and make sure that when we’re growing, it’s how it’s going to look like when we go to like 20, 30 people.

Josef: It’s honestly, it’s one of those beautiful things, there is no formula for it, right? It’s physically, it’s impossible to crack 100% or zero, it’s just so unique per founder, per organization. You’re absolutely right. It does need to start from the founder, but the way that I look at it, actually, and one of my mentors, funny enough said this I’m copying his words, but he said that values are what is setting stones.

Right. So you set the values between your founding team, right at the start and you really sit down and really take time to go over. Like, what do you believe in? Why are you really building this? What is it that actually is important to you in this world? And that never changes whether you are, you know, a two-year-old, super high growth startup, just going to the next level, wearing shorts and t-shirts playing trampoline in the middle of the office, Google style.

Well, whether you are 50 years old and you are now talking about a big corporate executive office and everyone’s in shirts and ties, those values always stay the same. But the culture is allowed to develop and change, and ever flow based upon those values, depending on where you are in the organization, the people that you have.

And that’s kind of the beauty of it and that shows that culture is not something linear. It’s not something it would just be set and stay there because the founder says so. It’s allowed to be evolved and it’s allowed to kind of move away from what it was at the beginning, providing that the values are still there, set in place.

I think for us, you know, we set these with these values at early point, we have five, very, we like to think strong and meaningful values at least to us anyway, of course. But the reason why I think culture is so important from the beginning is just from experience of being in different companies where the culture is the reason for getting in the way of success. Right?

And culture, a negative culture or a toxic culture is something that we would fall – mean that you just cannot sustain any kind of growth, whether revenue, where the size, where the happiness level or anything. And that’s why I think it’s so important to address it as early as possible.

So yes, I think the founder plants the seed. Absolutely. But you need those people in there to understand how to get that message delivered and how to practically roll out that culture to the rest of the organization in their clear set plan. I meet a lot of founders who just say that, you know, culture should just be left to be organic and just leave it. Culture is just, you just create something and then you let it happen.

I actually don’t agree with that. And I’m happy for everyone to build that, that kind of a business, cause I’m sure they know infinite human ball than I do. But just my personal way of going about it is that I think that needs careful caressing and curating. It needs water, and it needs sunlight in order to actually grow, to become this tree of what you’re trying to create.

And then it requires maintenance to keep checking in with it and to ensure it there. So maybe it won’t be our first hire, but it would definitely be in the top few because it’s really, really key to that early success point.

Sean: Completely agree. And some things that I would want to add to those of you listening in here, culture will happen and culture will be whether you’re intentional with it or not. It’s just that people who say like, with Joseph mentioned earlier, there are people who say that you just let it be, it’s going to go its own flow.

I think those founders could be one of two things. Either they’re super charismatic and always hands-on, always in the office, they’re always seen. So they don’t know it, but they’re super immersed in the culture and they influence culture a lot. And so it it’s okay because it’s kind of going wherever they want it to go cause they’re always there.

But then there are the CEOs and leaders who abdicate the culture. They’re nowhere to be seen, rarely in the office. They don’t care about culture and spirals down to what Josef was saying that its a toxic culture. People just gossip around and the circle of trust is not there. And if you don’t trust each other, you’re not going to have healthy conflicts. You’re not going to have healthy discussions.

No, one’s going to want to risk their position because politics is in play and yeah. No one really likes to work for that kind of environment. You don’t hire someone saying you were a political environment here. We have our own president. We’re having our own mayor and yeah, you’re welcome to run for office and try it out.

You know, no one wants to work with that kind of organization. So culture, I do agree, is vitally important. And if you know yourself as the entrepreneur who is like Josef who wants to have a certain kind of working or environment, be intentional about your culture. One of the things that you can do is also if you’re the type that you’re an introvert and you don’t want to be around people a lot.

Like me, I’m an introvert. I pushed myself to still be seen to still attend all of my meetings, internal meetings in the office that is super important. And yeah, you know, we could talk about culture the entire day.