The Right Ways to Integrate a Remote Work Setup

The Right Ways to Integrate a Remote Work Setup 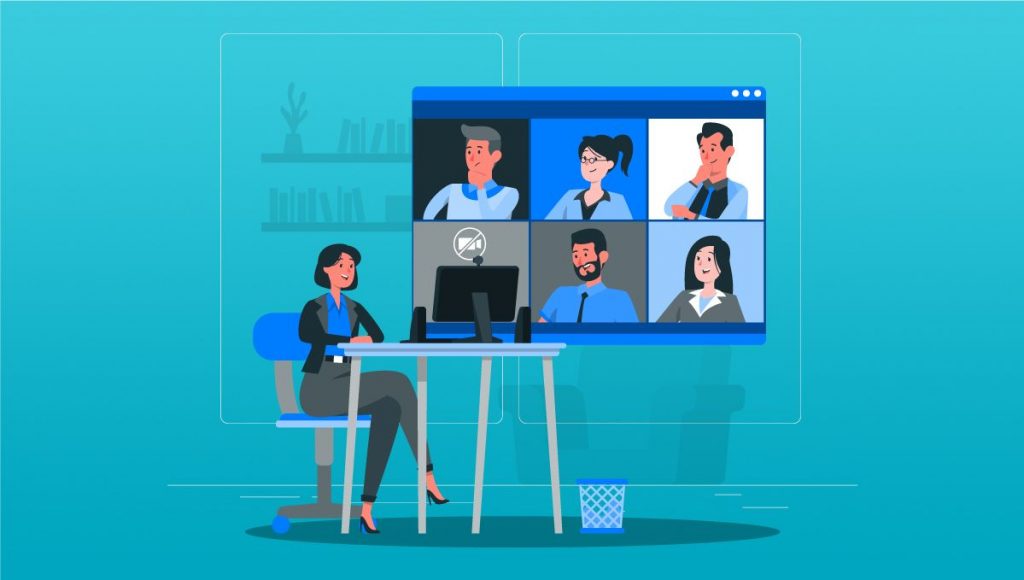 Sean: I have a question about what you just said, because if leading is more like coaching and facilitating , and scheduling one-on-ones, and doing it and asking them how they’re doing, and that takes time.

And they say, “please go and do it. If you have an issue, come and talk to me.” And what the best remote companies do is they break it actually down into tasks. They look at the tasks and go, have you done this task before? As an individual, to what extent have you completed a task like this before? Because if you haven’t actually completed this at a task level, you’re going to have to learn to do it at a task level, which means I’m going to either have to train you. I’m going to have to show you how to get done the way I want it to get done.

So leaders, they break it down to tasks. They understand where the person may not be that good at completing the project. They build the training for it. And they actually, that is part of their role. It’s part of the grunt work, but they weirdly enough end up having more time because they don’t have to micromanage. They don’t have to do what was done. They don’t, you know, if you’re working asynchronously, it means you don’t have meetings. You know, most well-run remote companies, avoid meetings at all costs because meetings take time to set up.

They take many hours and they are often ineffective. But if we have to do a meeting, then we make it highly effective. Actually leadership, in most cases in a remote environment, can actually be easier. And it can be easy to find time to do the work you do, because you’re not in these meetings that most companies that have been forced to go into remote are. If you look at a company like Base Camp, the leaders of that company have three meetings a week maximum short meetings as well.

The business just runs itself. There’s a system in the business that doesn’t require oversight. It doesn’t require too much micromanagement because we’re hiring the people who can get on with the job. We analyze where they may need help. We then get in and help them at those stages and things progress very quickly.

Sean: You mentioned companies that like Automatic, Zapier, Buffer. GitLab. GitHub. These are software companies primarily. Now, I’m thinking local here in the Philippines, for example, a lot of companies are still brick and mortar that you’d rarely see tech companies here.

How I imagine it to be is once we can go out again, is there going to be demand for face-to-face meetings? My clients that I know would. How would remote work progress? Because what we are talking about here is very important. Remote work and implementing a really good, effective, and beautiful culture, asynchronous communication.

This is, this is cutting edge. This is how modern work should be, but how would it progress? How do you see it progressing once life goes on the way it’s used to be?

Bret: I don’t see this going very well, frankly. The reason for that is because most leaders are going to think that they’re going to, they will run this in a hybrid fashion.

Some people working in an office, so people working from home and that theoretically people think that’ll be easier to leave, but actually it’s going to be harder to lead that type of environment. Because you, when we’re all remote as we are now, we experienced the work culture in the same way. We have different homes and different home environments, but our work culture experiences the same way, we’re all working in the same way.

They miss out on the banter, and the chat, and the social culture development that happens in the office. They feel like they are not considered for promotion in the same way that the people in the office or who are there in front of the leader all the time. They miss out on discussions, they are not included in decision-making because people just forget it’s natural.

If there’s five of us in an office and we can make a decision, we make a decision. “Why do we have to wait for Jackie  who may not respond immediately?” And this synchronous-asynchronous communication thing is the last point about how difficult hybrid is going to be because the people in the office will be communicating synchronously, talking, chatting.

And then the people remote will be expecting to work asynchronously because they may be taking their child to school. They may be you know, looking after sick parents or they may be just going for a walk because you  need the break, you need time to decompress. And so having a hybrid environment where remote first is not the default way of working will end up in the people being remote feeling like second class citizens.

And they weren’t, you know, they weren’t going to hire more people because they had lots and lots of choices, et cetera. But now there are hundreds, if not thousands, if not tens of thousands of new remote companies that are going to be run well. Why would I work in a badly run hybrid environment when I want to work remote?

Sean: Actually, that’s very interesting that you use the word hybrid.

The, how I saw it was what we actually were planning to do at SEO Hacker, which is there would be three days a week where. Some people in the team would go into the office and then the other two days would be some people. So it’s going to be a shuffle where everyone would, all employees would be shuffling.

It’s not like we would have a split between remote workers and non remote workers. That’s the definition of hybrid you were using. What do you think of that? Cause we are planning to do that once things resume the way the things are?

Bret: How many of your people want to work on your remote?

Sean: I’m not sure. I’m not sure, but I do think there would be a good handful, a good number of them. To give you a background, we are a young team. I’m 32, I’m the oldest person. So we are all millennials centennials, and we’re all the way, 22-32, that is the age range. And so when we were in the office, it was a very fun, dynamic working environment.

So there are a lot of people actually in the team who want to work in the office again. But I would assume that there are some people who may be reserved, maybe they haven’t told me or the rest of the team that they prefer working remotely?

Bret: And so if nobody wants to work remotely, then your idea of staggered  Monday to Wednesday or Thursday to Friday, whatever it is, will work and could work.

But actually if there are people who would prefer to work remotely because they prefer, you know, it’s the commute or they just get more work done or whatever it is. Then that forced enforcement, if you have to come in for two days a week is going to go against what they feel they want to do.

Cause if they, if, if you don’t know then forcing them to do something they don’t want to do. And then when we do go back, they’re going to be a lot more people who are used to working this way, because the habit will be there. And actually making me spend an hour and a half in a train or a tube or my car to get into the office, isn’t going to make so much sense.

So that’s, I don’t know that’s that we’ll see how that pans out with four different companies. But I do think you need to understand what your team wants really, and you can do an anonymous survey. Just ask them what their preference is, how it’s going, blah, blah, blah.

Sean: Next question is what are, and we lose some things, like you mentioned, synchronous communication and osmosis.

And if it is not a good thing that you lose it, like synchronous communication or osmosis, how do you alleviate that?

Bret: So there’s a bunch of them there, by my last count and I probably won’t get them all, but there are, there are 13 high level things that we’ve lost moving to this remote environment.

Proximity, so we could see people, physical interaction, human beings actually like touching a handshake or fist bump or whatever, or a hug. But also body language, we could read if somebody was, you know, not feeling great or they were grumpy or they were happy. We’ve lost that. We had relatively reliable and immediate communication and we had communication dissemination that happened. And so the information got around. That’s not happening now. You get information silos now. You get knowledge leak, and knowledge loss now, which is, which is the opposite.

Creativity and brainstorming happened much easier. Informal and formal feedback happened easier.It’s much easier to give somebody a comment which is sort of a form of feedback versus online. It’s, you know, digital, it’s hard. There was recognition and an award which happened more on a group level. Visibility and availability, we could see when people were there, we had more control of the environment and we had more structure of time in the environment. The banter that camaraderie the social events happened and then culture by default culture because of the office.

These are the things that happened. That we are fundamentally lost. And actually as a leader, as a leader, it’s important to think about these 13 and go, okay, well, how do I overcome this? How do I build my culture to overcome these things? Because that’s a loss, people don’t have that anymore, but they are actually still pandering back to that.

They are thinking back on that time and going, “I wish I had that. I want that.” The other thing to think about really is where there are issues. Is around distraction, procrastination, not being able to switch off, not having homework boundaries, much poorer collaboration, no deep thinking time, not being available when people think they need you and you think you should be because of synchronous communication.

And then there is a weaker relationship with your colleagues, which in turn is resulting in the culture degrading. These are sort of the losses and the impacts of the new environment that we have to learn to deal with.