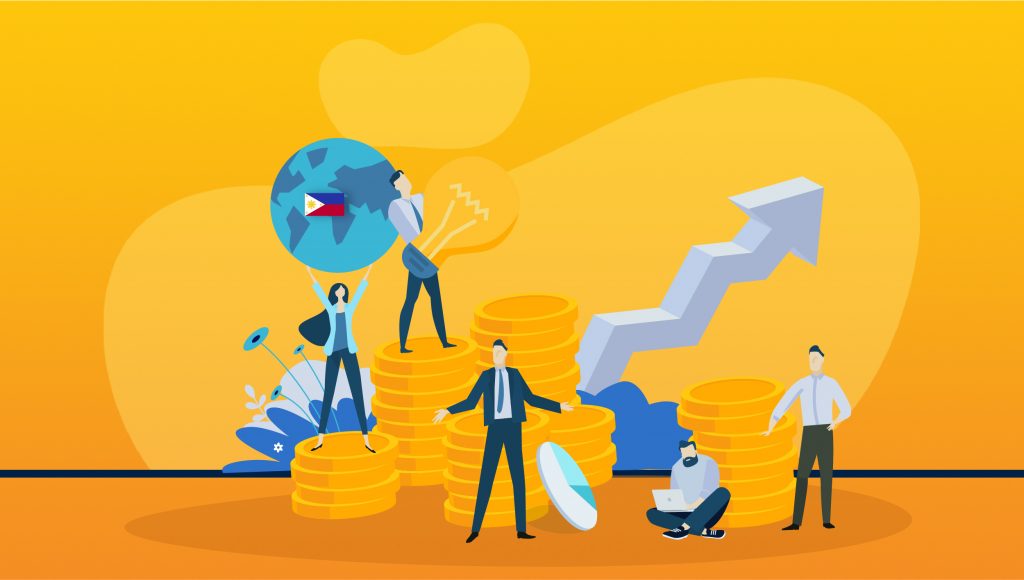 Sean: From Pam. This is a very straightforward question. Which investments have the best returns?

Randell: Best return? That’s relative. I can tell you it’s crypto, because you cannot see 4x, 5x and 11x anywhere except crypto. Not even in business actually. Right? But you can also get burned there. So again, that’s a question.

Or I can say, I put my money in Gcash, the return is 4% gross. I don’t worry about anything, it’s liquid. And then for some people that’s the best return. For some people would say no, I want somewhere in between like an index fund, a long term growth that will give me 14% or 15% per annum in the next ten years.

So knowing that in mind, that’s a question that you have to have a deeper thought. Why? What are you investing for? Are you willing to put in a lot of money? Like in the case of Sean and I, we’re not going to put 50% of whatever we have in crypto. I mean Sean does that, I know I’m going to receive a call from Apple. I won’t do that. It’s hard to earn money. Those names are very important, so you’ll have to know those questions first.

And just never invest in something you don’t understand. That’s the reason why it took me three years to get into cryptocurrency. Now in hindsight, I should have gone earlier, but I still probably wouldn’t be very comfortable even if I did it two years ago.

Sean: Yeah, I think the best time is when you know that it’s the right time for you.

Sean: When you’re ready, exactly. What are the best investments for beginners to try during the pandemic?

Randell: Assuming that you’re handling your finances well, assuming that you have enough savings, emergency funds, and if you’re married or you have insurance, assuming you have that and you’re managing it, because if you have debts, I’ll tell you, pay your debt first because you pay interest on that.

But if you’re starting in this pandemic, one of the good things that you can take a look at are equities in the stock market, because they have gone down. Part of the pandemic is it’s hard to buy the stocks because they’ve been very expensive. They’re very expensive.

So now you know there’s a discounting factor because of what happened to the economy, then you can get into that. So either you select a really good company that you think is going to do really well as we recover faster, or you can just go into an equity fund or an index fund wherein it’s a very passive way of doing it. That for me is a good investment for you.

Other things that you can take a look at is maybe an online business that you can manage better that you didn’t need to spend much capital on but you tried it out. That’s something you can do. Like my side hustle, the only capital I put up is the ingredients since the oven is already there although it already has a casualty.

My oven, which I realized wasn’t really a good quality oven, broke down.

Randell: So I bought a pricier one. It was an excuse to get a nice oven. Right? If you’re cooking, you like your tools as well.

Randell: So now I have a way to recover the cost better.

Sean: Yeah, that’s true because you’re making money out of it. It’s an asset.

Randell: It’s already an asset. I’m looking at it from here.

Sean: When the pandemic hit and everything was going down in the PH equities, did you funnel it out to the US with their growth last year?

Randell: I added more, actually. I added more, but I also started to put in technologies because I’ve seen it. I was looking at technology for quite some time, but the thing with technology, everything is really just in the US and Europe and then virtually no technology investments in the Philippines.

So I was taking a look at some funds that are primarily technology driven. Feeder funds. It took me a while in 2018. I was looking at 2019 before I plunged in, which was 2020. I’m glad I did, because that generated my biggest growth since last year. Of course, I also came in some stocks that I felt were worth it and good to buy, and stuff like that.

Randell: If you came into crypto last year, you would’ve been the king today.

Sean: Yeah, I know someone who made like 10x.

Randell: It has a nice feeling to that. It’s that feeling but it has no volume. At the end of the day, it’s nothing. I mean I sold it and bought something else.

Randell: Yeah, it’s a nice story. Because I bought it as a joke so I just put a little bit of money there.

Sean: Marvin didn’t buy it for a joke, though.

Randell: Yeah. Marvin is a different creature. You know the good thing about Marvin is a lot of the things he does are not scalable and repeatable to us ordinary normal people. So Marvin is like an extraordinary individual.

Randell: He’s just taking things in that perspective and then that guy can build volume faster than anybody else.

Randell: I’ll give you words that are cautiously optimistic. It’s not looking too good, I believe. Of course, there has to be a benchmark. If my benchmark is going to be our neighbors, we are lagging behind it because we’ve taken a longer time to try to do the vaccines, opening the economy, and things like mass testing. That has an impact on the economy in general. So again, that’s a problem.

So in that case we are lagging in terms of our recovery. It’s going to take a long time for us. A lot of the economies have begun to open. We are lagging. We’re still in the process of: How do we open it up more? And it took us a while to get a groove in managing the pandemic, so that’s having a problem in the economy. That’s why unemployment is high, productivity-side, supply-side is not yet there, and demands have been low. So it’s going to take a longer time for us to recover.

But we’re seeing signs of growth. We have to be more patient. Maybe you need to give the Philippine economy a two-year reprieve. Do not expect much this year and maybe next year, but I believe we’re going to be in full swing in two years from now.

So opportunities to take a look at: What can I do now that we’re waiting? Do I start investing? So there’s opportunities for that. Do I look at certain businesses that will do well during this time? So the economy is slowing down. The economic recovery is slower notwithstanding. There are opportunities that are for us to find there.