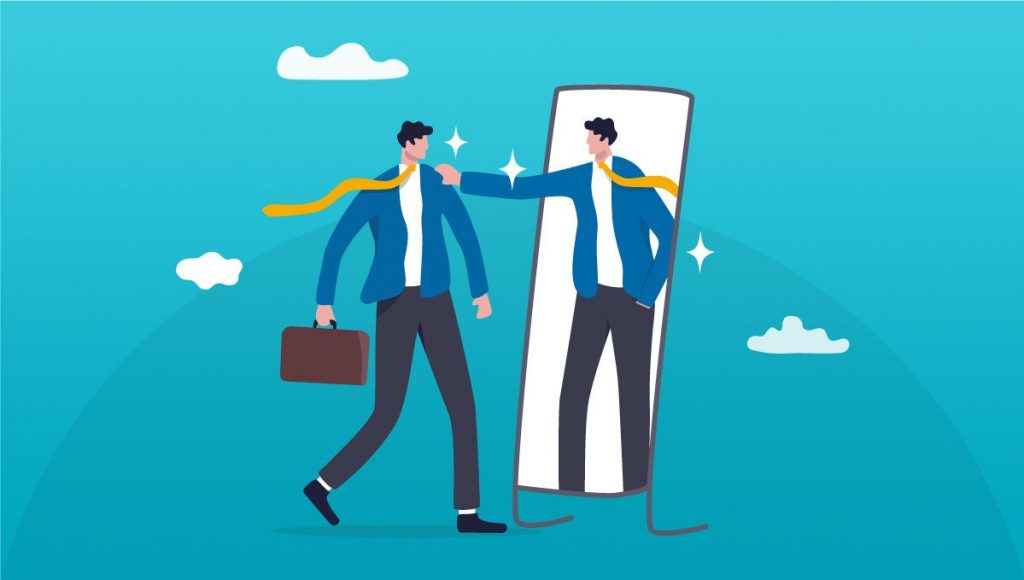 Sean: Let’s talk a little bit about leaders, the leaders’ weaknesses. So I’m a leader. I lead a team of 50 millennials and centennials. I’m a millennial, so everyone’s pretty much younger than me. Now. I have weaknesses that would tick me off. Like I’m a very highly dominant person in the strengths of the spectrum.

My top five would be self-assurance, maximizer, futuristic, activator, and command by that order. So you could tell I’m a guy who’s pretty snappy and I want things done and done well. And there are times when I fail, what my weaknesses get the better of me and I get angry for work that’s poorly done. Now, what if those weaknesses that we take from F to C, we improve them.

Yeah. But we’re not really that spectacular with it because we didn’t push it to A, what if they pour over, emotionally me being angry or the leader being angry because of this, this work not being done, or because this person did that or said that about this person or this client, how do we avoid that? How do we solve that problem?

Have it to put that together. I think less than 2% of the people have it. So you are extremely rare. And one of the interesting things about this tool or strengths, which we use very often is the idea that some of the weaknesses you have actually are strengths used unwisely. So give you an example for your activator.

For example, it’s quite straightforward. You want things to be done fast, right? Immediately. Don’t talk so much, just do it. We do it. And we know whether it’s right or wrong. So it’s almost like you take a rifle, you shoot “bang”, then you aim after that. So you aim after that because you know, that shot wennt left too, now I move it to right.

So activator is really about the idea of like, get things done fast, and I guarantee you throughout your life, you will see many times that the activator came and saved the day that you were the hero because you took action fast. But yet I can almost guarantee you, the statistics is around 75% of all the complaints that you’ve had in your life.

Some, a majority of them. It’s also the activator. Sean, you too rash. You always thinking about something and then you just doing it without thinking so much. No, we need to be careful with the resources. There’s a “no, forget it. Let’s just try.” So that is the self-awareness journey. So the ideal where strengths, when you bring in the idea of strengths, there’s a two part to it, there’s the light and the dark.

What is bad about it? You waste resources and time when you could have actually thought about it closer. So that is something that’s more of a self-awareness. So one of the things that I think your listeners will benefit is that; think about the things that people say about you. “Oh wow, Sean is always a person who takes action really fast” and that they come up with that idea of a leadership style.

Oh, he’s an action taker. And if you flip that, you’ll get that idea where your team can be very upset with you. “Sean is always very rash,” but it’s based on that leadership style of being an action taker. So another way of saying it, those are also a weakness, but the weakness is more of like, it affects your team in a very negative way.

Sean: It’s a matter of awareness. Here’s the thing for a leader like me, for example, to be aware, you’re the CEO, you’re the president, you’re the founder. Here’s the problem. Not a lot of people will say to your face that, “Hey Sean, this is the problem with you.” And sometimes we could be blindsided to it. Totally unaware that we have that problem.

The problem is people don’t want to speak up to you because you’re the founder and CEO. How do you get over that? What’s the solution for that?

Jason: That’s the question that I get asked a lot in my coachings with leaders. One of the things that people say is that, how do I get more self-awareness if nobody speaks up? Right?

So the idea of speaking up is the idea of safety. It’s actually boiling it down is it’s really safety. When you get safety, you get transparency. You get, “Hey, Sean, that really sucked what you just did.” You know, you get somebody who can actually say that to you because they know that tomorrow they won’t get fired.

So the idea of safety, and how do you create that safety is actually through the first conversation you had with that person, the very first conversation, and it builds on that. So for example, if you, if they ask a question. So, let’s say they say, “Sean, I think you are a bit, you are reacting too fast,” right?

“You’re a bit rational. That I think we should think about this,” that first response that they have gives them the historical records of:  What should I do in the future? And if you say something like “you don’t know anything,” oh, if you say something like “I’m the boss,” then that is a historical record in his mind to say that, you know what, then that’s true and I will behave differently after that. And slowly the voice gets quieter and quieter.

So for a leader, one of the most important things is that – anyway, when I go through organizations, I know whether that organization has safety. They call it psychological safety. You can call it relational safety.

But If people are asking questions and they’re able to actually question you back, “why do you say that?” I know that the organization has safety. If nobody’s speaking. Because all, when they think back or when they hear historical records or we can call it “gossip” or so, historical records of other people, “you know what you, you spoke to Sean, I’ll tell you what, you know, James, you spoke to Sean two years ago. Yeah. Where’s he now he’s not here. Yeah, he’s gone, I don’t think so be careful.”

So any kind of data we want to build on it and every one of us. There’s a ton of historical data. It’s very ingrained and we call that culture. So what you want to do is that you want to start to be very careful at very small things, because you can change  the thing about history is that you can start writing a new one.

So the next time somebody asks you a question, Sean, in front of people, for example, use that as a way of demonstrating the, “Hey, you know what? That’s a great question. There is no stupid question. That’s a really great question. I appreciate you sharing with me that. Yes, I’m rash. A lot of times I’m rash about this and you know what I appreciate you, and I hope that you can carry on to share me these things. Because as a leader, I need information. The more information I have, the more data I have, the more I can make better decisions.

If you say it that way, you will see a change in the historical records and you’ll get more and more of these questions coming to you.

Sean: Amazing. In fact, I would go even further and say, “if you don’t have the balls to tell me the truth, I’d fire you.” I’m just kidding. But yeah, you know, a lot of leaders, they were desperate for that awareness because it is a sickness.

It’s a cancer that plagues our organization. When people don’t tell us our blind sides, it’s a stink that we can’t smell cause it’s on us and we need people to tell us that. And that safety is so important. And how you said it about acknowledging when people speak up to you or even against you, but knowing that they want what’s best for you and the organization, right?

That matters, that helps a lot. So Jason, I’ve learned so much from you during this short span of time that we have, and I’m sure I’m going to learn more from you. Where can people contact you if they want to know more about their strengths and be more aware about themselves?

Jason: Thank you so much. So for us, we are on LinkedIn you can search Coach Jayson Ho. You can also go to our website where we have perfectperformance.org,  That’s where we do all our client work. We do either coaching. We do talks and also we do workshops. And the main thing for me just to share that I have this belief and that’s where you ask me what energizes me the most is there’s this belief that everyone is built for greatness.

The challenge we have as leaders is: What are each of them built? What are they built for? And they can be an ostrich to get Eagle and penguin. If you know what they’re built for, you know, where they can get that greatness out of them. So if everyone is built for greatness, our leadership challenge is: How much do I know about my guys? What energizes them? What drains them? What makes them feel alive? And what that makes them go home and be so drained that they don’t have time or energy left for their family and for their kids? So as leaders, we want to understand that. And when we understand that we can be really inspiring leaders that can bring out the best in people.

Sean: That’s amazing. Jason, thank you so much for today. For your time. We learned so much from you and we are better for it.

Jason: Thank you so much.