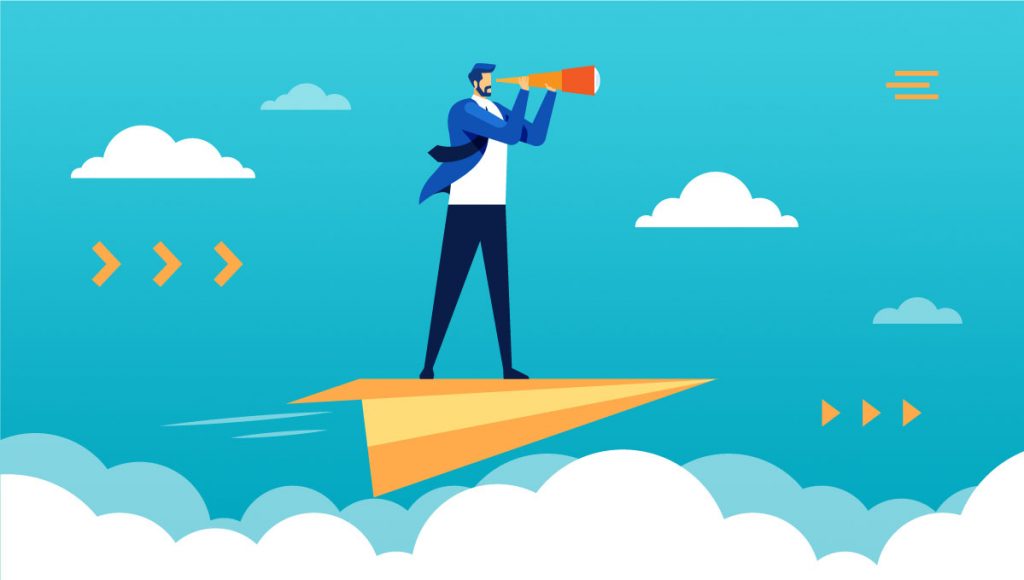 Sean: You mentioned the second pillar of your book is vision. I’m sure that the four pillars are interconnected together. I want to go deeper, dive into vision. Why is vision so important? How does it relate to your company’s culture? And as a founder, this is one of the things that just flies over the heads of founders, right?

We’re just looking for the next meal. Vision is not something that we’re thinking about. If you ask a new CEO founder, He would probably say, oh, the vision is to close more deals. The vision is to make more sales. The vision is to not go bankrupt. So why is vision so important and what kind of vision are we talking about here?

All of a sudden you’re out of business because you lost the vision of where you want to be and why you want to do it. So great companies have visions that don’t really change over time. So the one I use all in one, I like to use as an example is Coca-Cola and I have to be careful because some people make a distinction between what is a mission statement and what is a vision?

But I can tell you, you know, Coca Cola, if you go ever go into a boardroom and say, yeah, I got this great new product that I think we should do. And it’s not refreshing. They’ll probably chase you out. Right? So it’s all about refreshment and, it’s all about global distribution, global implications. You know, if you look at a can of Coca Cola, it doesn’t matter if you’re in Singapore. If you’re in Saudi Arabia in Dubai, if you’re in Kiev Ukraine, if you’re in, you know, Chicago, it’s, it looks the same.

And if you crank it open, it’s going to taste the same. Right? It’s refreshing. That’s what they’re all about. And when Elon Musk, colonizes, Mars, I guarantee you Coca-Cola is going to be up there, right? It goes it’s. Now we refresh the world. What’s the definition of world. Well, right now it’s earth, but Hey, when we are on the moon, we are on Mars. Then that’s the world. Right?

So it’s really easy and there is no right or wrong vision, it’s just one that works for you. I always compare two companies there. They’re good athletic companies, both very successful. One is Nike, the other one is Puma. So, Nike is we unleash human potential. Puma is we’re the fastest brand on Earth.

Right. So there, there are two visions. One, doesn’t try to be the other end. And guess what, you know, if I use Puma as an example, because of the fastest brand on earth, guess who they signed for endorsements,

Tom: Michael Schumacher is one of them and Usain bolt, who’s the fastest man on earth, right?

So those are the type of endorsements they go after. And because that’s who defines who they are now, that’s what their vision is. So there is no right or wrong vision, except I would say, it has to be very simple and very clear. If it’s more than, you know, five words or less, more than a sentence, you know, the, the worst vision statements I see sometimes.

I see these vision statements are like, you know, we want to and share, you know, enhance shareholder value and be great corporate citizens by delivering exceptional products to our consumers.

Like what the heck does that mean? Right? I mean, how do you rally behind something like that? It’s just like, it’s a bunch of phony baloney, so make it simple. Right? I shared my statement, right. And a man of God leader men. It’s a couple of words and, and it helps me on a straight path.

CEO, founder finally realizes I have to have a vision statement and it has to be simple. How do you now cascade that to the rest of your 10 20, 30, 40, 50 people? How do you make them carry that vision and put it in heart?

Tom: Look, whether it’s culture, whether it’s vision, these are not things that belong on poster boards and pinups in companies, because if that’s all they are, they’re useless.

So, as an example Pat Gelsinger is the CEO of VMware. VMware is a huge, you know, company technology company. I think they’re 12 billion or 15 billion. So, you know, they’re rather large.

You know, thousands of employees across, you know, the globe. And so, I was talking to pat and the quote unquote culture for VMware is called EPC squared. Each one of the letters like E stands for entrepreneurship, P stands for passion and C squared. One stands for customer. The other one stands for community.

You know, Pat was like, okay so for example; We had a sales meeting in China last month. And as all sales meetings, the sales guys did, they like to, okay, we’re going to conference and after that, it’s big dinners and partying and everything else because that’s what sales guys like to do. They like, they like to go out and have a good time, but he said, everybody got up the next morning,  and we had to do a community project.

Like we had to, to go and build a building or build a, you know, part of the wall or whatever. So. It was being part of the community. And it was sales guys from all over the world and in China, volunteering, building something for the local community. So when you reinforce those values through culture  in the local organizations, I don’t care if you’ve got 50 employees or if you’ve got, you know, 50,000 employees, if you have a system to reinforce it, then it will work.

If it’s just a bunch of posters on the wall. If it’s just a bunch of empty words – and the other beautiful thing about culture and vision is, you know, I don’t care if you’re a janitor in a company or to CEO of the company. It lets your colleagues hold you accountable. Because if you have an action where you do something, somebody can call you out on and say “well, Tom, that’s, that’s not really true to our values that doesn’t really support our culture, what you did.”

If everyone has true culture and true values, you know that I don’t think they would have cooked the books the way they did and everybody up.

If your processes reinforce that culture, make sure thA lot of companies fail at these things and don’t want to try again because it just doesn’t happen, doesn’t work. People don’t buy into it. Here’s the thing about. If you want to make it work, Tom said it already, you have to have a system to reinforce it. That is the key. That is the secret. I say it’s all about processes.

at people in some degree follow – because they understand it. It’s on the wall. They probably read it. You could ask them to recite it as well. That’s what we do at SEO-hacker.

Every Monday in our town hall meeting, we choose random people to recite the entire core value. And they have to memorize that. So we know it’s in their minds. That’s how you put it into heart. It has to start in the mind first because if they don’t know it, it’s never going to go into heart. Right. And you have to have a systems and processes to make sure that it’s reinforced. That is how you design culture.

Tom: Then I’ll just mention one more system. Let’s say that you decide that your culture is an entrepreneur cartel right. Entrepreneurial cartel. So in fact, if you look at large companies, like for example, Microsoft, or some of the other companies for new inventions and new entrepreneur spirits, they would spin off a company outside of Microsoft, because they didn’t want the, the, the bureaucracy to drag down, and stymie innovation. Right.

So they actually would say, “okay guys, here’s some seed money, go develop your ideas. And then when you got it done, we’ll buy you.” Right. So they, they, I guess they created their own competition. And then, you know, if it was successful, they bought them.

Sean: That is a scary example, but you know, it works you’re right. Entrepreneurship. The word entrepreneur means risk taker from the French word entreprendre. So yeah, that’s completely true.