Is It Time To Change Careers?

Is It Time To Change Careers? 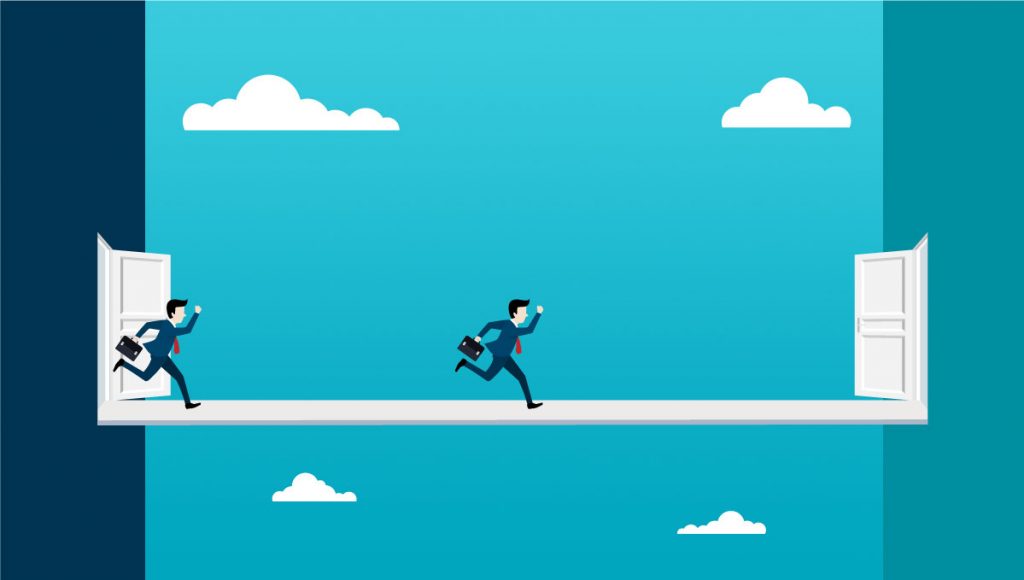 Sean: Hey guys. Welcome back to the show, for today we have Ms. Louise Hynes. She’s a self-love advocate, a strategy coach and an accredited life coach. So if you are someone who’s actually looking for outside help, who can help you with a life rut, maybe an attitude problem, a behavior problem. You are stuck in a rut in life.

Go ahead and contact her, we’re going to leave her links on the show notes in this podcasts’ episode, if you’re wondering where this podcasts episode is just type leadershipstack.com, no space. And look for the episode with Louise Hynes, surname is spelled as H Y N E S and she lives all the way, from the UK and you’re going to hear that from her accent.

So we have her here on the show. I’m so thankful for you giving us time, and you giving us your knowledge and wisdom today, Louis, and yeah welcome to the show.

Lou: Thank you so much for having me. I’m ready to go. The bullet sauce.

Sean: So Louis before we, before I asked you any of my questions, I’d like to know I saw it in your profile that you – just like a lot of people today, started in the corporate world.

I started in the corporate world, but I ended up just staying there for five months before starting on my, my own business. Which I didn’t know would be where it is today. I thought it would fail because it’s my first time. But I want to hear, like, what is it like for you when you were in the corporate world?

Because now you’re a life coach and we do – strangely, we’d have a lot of guests here. Some of them, even C level executives right next to Warren Buffet who quit and became a speaker, and became a coach and a mentor. I don’t know why we have a lot of that, but I’m happy because you guys are the ones who really want to help people.

So I want to hear it from your story. What happened?

I was traveling the world. I was living in London. I was going to all these amazing cities, talking to amazing people life was good. It was only then probably, and that was probably, I was in my twenties then into my thirties and forties, I’d have my children by then. I married, feeling a bit more settled to the traveling wasn’t as much and all the rest of it.

And it was really probably as I was approaching 40, that I just started to think, is this really it? Is this really it? Am I going to spend the next 20, 30 years getting out of bed and you know, not feeling fulfilled? I was then working for a very large global FMCG company. I had a horrible boss that I really disliked.

There was no mutual respect or anything there. I just didn’t feel like the work I was doing was making any difference. You know, I was a very small cog in a huge, huge wheel, absolutely it. Me being able to make any kind of difference or impact was just not happening. And actually, what started my journey was as part of a sort of personal development program in this corporate job, we did a piece around purpose and what our purpose was.

And that actually woke me up to the fact that staying in the corporate world was not my purpose, that I had bigger, better things that were meant for me that I was meant to do. And with my background and being a qualitative researcher, talking to people, getting the best out of people, I realized then that I had to leave. I had to figure out what it was that I wanted to do.

And then finally, I opened and closed lots of doors. I explored different avenues that didn’t work out, and that I didn’t enjoy. And I think we have to do that in many respects, but that journey took me nearly five years to finally figure out what it was that I wanted to do.

And then I finally landed. And it’s so obvious, it’s one of those things that it’s so obvious when it finally – you’re finally confronted with it. I should coach people, you know, coaching other people to help them figure out their purpose and to help them find fulfillment in life. So they don’t have to take five years to figure out why they’re here.

And so that’s what really started my journey and yeah, escape the corporate nine to five and haven’t looked back.

Sean: That’s amazing. That’s an amazing story. And I’m wondering whe – between the time that you said farewell to the corporate world where I assume you were paid very well. You had benefits, security, and a lot of people would say the same, you know, should I leave?

Should I jump ship? The ship is pretty good. It’s pretty big. It provides for me, I’m safe here. And it took you five years. Were you, how were you able to make it through, like, did you have that big of an emergency fund or was it several jobs that you had to do in between?

Lou: So we sold our house and we moved to a smaller house.

So we had the equity from that, knowing that I wanted to do something on my own. We’re fortunate that my husband has a good job so he can, you know, rely on his salary and it was just taking the lead. I think for me it was, and you said the word safety, you know, it’s, it’s safe to stay where you are. Right.

You’ve got a good salary. You’ve got all the benefits. It’s easy and safe to stay put. It’s unhinging and brave to take that leap. And that requires a lot of inner work, a  lot of knowing that you have to do it. You have to feel that calling.

So yeah, a combination of things really that I was confident enough in myself that I knew I could do something. And fortunately, we had the savings and knowing that my husband’s salary could support us through me setting up my own business.

Sean: A lot of people ask me about when’s the right time to jump ship? How do I know it’s time? And in your case, you mentioned that you did some sort of workshop, was it? Where you had to, you know, figure out your purpose in life?

So I’m going to ask you two questions right here. Number one, what was it that woke you up really in specific, like what happened there in that workshop that made you realize, what am I doing here? Why am I here? And the, the second question which I could ask later is also, when did you realize that – so you, you woke up, what am I doing here? And then when you, when did you actually jump that ship?

Lou: Yeah. So to answer the first question, what, what was the thing that woke me up? It was so doing that purpose workshop, I realized that my highest values are growth and progress and helping other people. And it was really working through that and realizing that I wasn’t doing any of that staying stagnant where I was, that something had to happen.

You know, I had to start taking some kind of action towards getting out of that. And like I said, it did take quite a long time. I suppose there were a number of small things for me. It wasn’t one big thing that made me get right – has to be now, like I say, it was the degenerating relationship with a boss that I really, really disliked.

It was a number of things. It was, I went back after the Christmas holiday. And I was in charge of a company-wide internal sort of anonymous survey about how, how happy people were working there. And when I got access to those results and saw how miserable most of the workplace was, but they were just, they were just moaning and bitching about it.

Sean: Remind me not to have a purpose workshop, no, I’m just kidding.

No, I’m happy to say that my team, we’re a young company. I’m 30 turning 33 this year. I am the oldest person my team. So it’s a very young team. We’re very growth oriented and I love it. You know, people realizing their purpose. I am whooping up the John Maxwell’s five levels of leadership as my own presentation to the team sometime soon, hopefully by May and taking all of the regular team members through that.

So leadership is very big. It’s a very big deal. I always say we’re a leadership institute, we just happened to do SEO and digital marketing well and get paid for it. So during your journey within the five years, I would say five years in the wilderness where you’re trying to figure out what to do.

Right now you’re a coach. You say, you do this because you want to help people not take five years to realize what they really want to do. What happened in those five years? How did you get to realize that coaching is actually what you were meant to do?

Lou: So I had my third child, I went back to my corporate job and realized that I was kind of stuck there for quite a while.

And I think that’s what really started that thought process off for me that I was stuck. If I left, I had to pay back all of my maternity pay, which we were in a position to do. So that’s how it started off. And then, you know, just a steady stream of different things. I looked at opening, a domestic cleaning franchise. I started a health and wellness business.  We looked at relocating.

All kinds of different, you know, like I said, I opened and closed various doors before I realized that there was that light bulb moment that yeah, I could be a coach. I could help people and help them figure it out. And it was locked down really that prompted me to retrain and to set up my business, really realizing that this is what I want to do. And so I became an accredited life coach and yeah, like I said, I haven’t looked back.