How to Raise Leaders as a Mid-Level Manager

How to Raise Leaders as a Mid-Level Manager 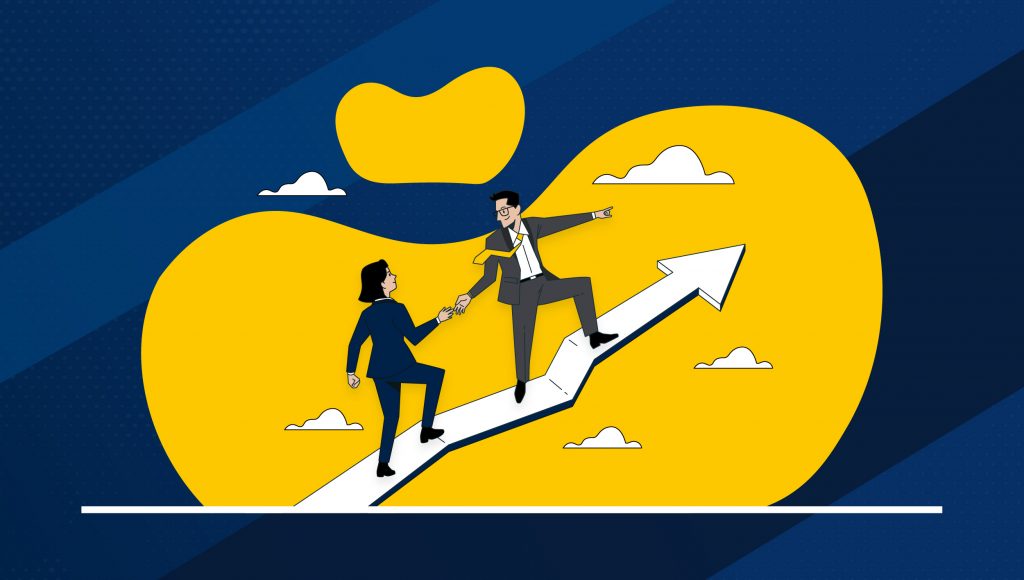 Sean: Hey guys! Welcome back to the channel. I hope you’ve been well. This is your boy, Sean, from the Leadership Stack Podcast. And if you’re watching from YouTube, please don’t forget to hit the subscribe button. If you’re listening in from Spotify, please don’t forget to hit that follow button, because today we are going to be talking about how to raise up leaders if you are a mid-level manager.

Sean: Now, why is this a problem? Why is this a difficulty? You know the world today, we have a lot of managers. We do need them, because managers usually are people who maintain the status quo in a business, in an organization. They make sure that the KPIs are met, goals are hit that were set beforehand. They also make sure that we follow the strategic direction of the business.

Sean: Now, how are you going to be raising other people who can lead? Because here’s the thing: If you want to move up the ladder, and from a mid-level manager, go up to higher management, upper management to the executive level, then you need successors. You’re going to need to train and raise up leaders, people, maybe even managers at the same time to replace your current position.

Sean: A lot of people don’t really give their respect and trust to managers like these. Yes, they might produce the results because their job dictates that they have to, their job demands it, their managers demand it so they might produce those results, but guess what? They’re not going to give you their trust, which is the most important thing for any good working relationship.

Sean: The difference between managing from behind versus leading from the front is that people see that you are taking charge and you are actually doing the work that needs to be done. You’re actually good at it and you help them do the work as well, which ties us to our second point, which is: Serving others is a necessity.

Sean: As a mid-level manager, people will be able to see if you are a good leader or not, and they will be inspired to be like you or not if you serve them. What do I mean by serving? This doesn’t mean that you’re subservient to them, that you just keep saying yes, as you just keep allowing them to do certain things that you may not be completely agreeable with, or certain things that are not really agreeable with your company’s employee handbook. That’s not what I mean.

Sean: Don’t just say, “Figure it out on your own.” Don’t just say, “It’s your job to do this, do it. I don’t really care how you do it. Just do it.” Those things are not really encouraging. You have to be there and make sure that you also are part of the solution. Serve your people. That’s how you earn their trust and their respect. Lead from the front, don’t manage from behind and serve others.

Sean: There were big guns, gatling guns, machine guns in that hill pointing down at them. The situation looked very bleak, as if they could really never take the hill. But the Major mustered the courage to do so and led the charge from the front. Everyone rallied behind him.

Sean: Of course, leading from the front as a major, that is the most dangerous thing you can do, because again there are machine guns, gatling guns that are pointed down at them. He could easily have been torn to pieces, but he did so and everyone rallied behind them and they took the hill and conquered that area.

Sean: And that is a perfect picture for our lesson today, being a mid-level manager and yet you’re leading from the front and you’re serving everyone who is following you.

Sean: Our third point for today is: You have to be intentional about growth. A lot of mid-level managers and a lot of managers at large are comfortable with where they are, and so growth goes to the backburner, it doesn’t become a priority.

Sean: And so a lot of mid-level managers, this is the thing that is blocking and that is choking you from raising up leaders, because you cannot give what you don’t have. If you’re not growing, how can you pour into the lives of others and also help them to grow?

Sean: You cannot, because you yourself are stale. You’re like a reservoir of water where water flows in but it doesn’t ever go out, it doesn’t flow through you, and what happens is the water becomes stagnant. You become a marsh, it becomes stinky, it becomes muddy. No one wants to swim there.

Sean: Becoming a reservoir instead of becoming a river where water is flowing through you and you’re sharing it with the rest of the other people, your colleagues in the office, there’s a huge difference.

Sean: When you’re a river, you’re full of life. People are going to be more encouraged to swim there in a river because the water is clean, it’s alive. We call it living water. So the river is a picture of growth. You’ve got something pouring into you, so you have a lot to give out from you.

Sean: While being a reservoir, usually there’s only trickles of water coming in you, there’s only trickles coming in so you are hesitant to give out and thus, you become a reservoir. You have to be intentional about growth, because there has to be a pouring into you so that you can pour out to others. If you want to raise leaders, you got to make sure you yourself keep growing.

Sean: How you do that is you teach people what you know and learned about leadership. That comes from our third point. If you’re growing, you’re learning, you get to know new things. New things pour into your life. Now you can teach it and share it with other people.

Sean: And lastly, the fifth point today is: Keep a keen eye, keen eye or ears or keep an open mind about your potential leaders. You have to scout these potential leaders that will be replacing you some day.

Sean: And how I, as a CEO, see that is that person who left, whether they resigned or they want to move up the ladder, that person was not responsible and has a lot of growing to do in his or her life because they left without a successor and there was no success in the position that they held in SEO Hacker.

Sean: That happens in all businesses and in all companies. But that’s not going to happen to you because you’re tuned in here right now. So scout for people, keep an open eye, keep an open ear. Make sure you’re always intentional about who has the potential to grow and become a leader and lead in your stead and manage in your stead.

Sean: Now some of them might say, “That’s not for me.” That’s okay. You have to keep on encouraging these people. Creating leaders is tough. If it wasn’t, we have a lot more leaders in our world today, but we do not have enough leaders. That is the truth.

Sean: And that is why we are doing this, and it would help so much if you hit that subscribe button, if you hit that like button as well and hit the bell icon so that you can be alerted every time we have a new video coming out.

Sean: I hope that you learned in this short and quick episode about how mid-level managers, or maybe even upper-level managers, can raise up leaders, and if you are one of those, I hope you’re going to be able to tune in to the next episode after this and I’ll see you there.