How to Introduce New Ideas in Business

How to Introduce New Ideas in Business 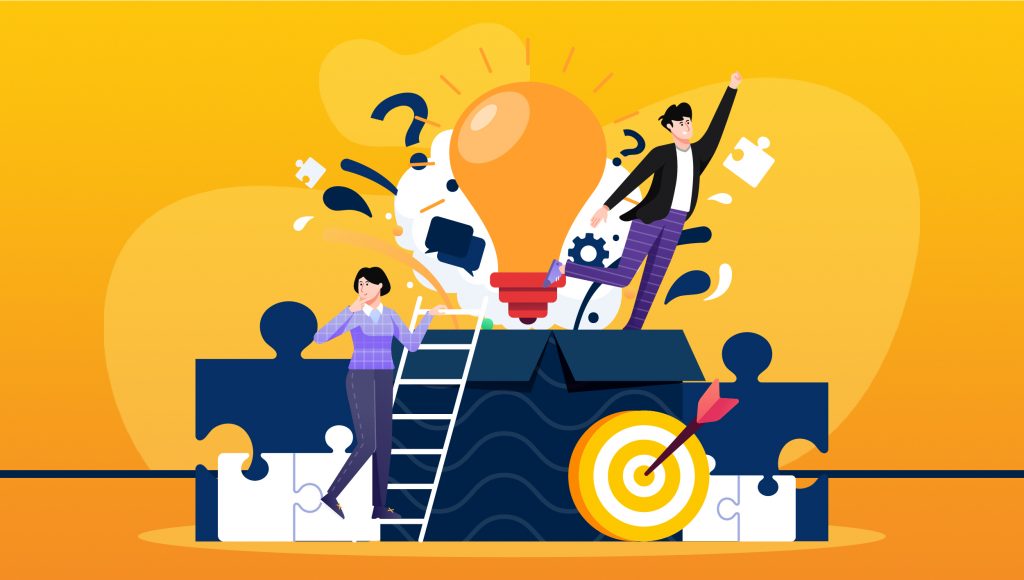 Sean: Let’s go to the next question.

Niño: Growing up from a family who wasn’t really into business since they are licensed professionals, everytime I pitch a business idea, they tend to forcibly alter or worse reject some of the plan which I think would be detrimental for the business. How do I change that while still maintaining a good relationship with them?

Sean: That’s a pretty tough question. If they’re the ones in charge, it’s going to be difficult for you to tell them that this is how it should be done. There are some things that people who have been doing it awhile will not accept, especially if you’re new. It’s a matter of humility.

People who are not humble to accept change and change is one of the hardest things to accept because you’re comfortable. When they’re comfortable about how they’ve been doing things ever since and it’s working, and if it’s not broken, don’t fix it, then any suggestions that you throw their way, unfortunately, they’re not really going to listen to it.

It’s hard for a young person to give advice to someone who’s been doing something for a while. The best way you can help change these things and improve these things is to show them. So I know a story about someone. It’s a true story. It’s a pretty big appliance company here in the Philippines and before the pandemic, they didn’t want to invest in digital marketing. So what this guy did, he’s the one who shelled out money. He’s part of the family, but he’s a distant family relative, but he shelled out.

He’s the one who invested his own money in digital marketing and he studied it all and did it by himself. Older people in the business, pretty big business actually here in Metro Manila, in the Philippines, I’d say, didn’t listen to him. And what happened was it became so successful that right now in the pandemic it amounts to a big chunk of their sales. I would say, really big chunk of their current sales, because no one’s going to the malls. Not a lot of people are going to the mall or risking their necks out there, so they’re selling a lot online from the website. And that is because he made sacrifices.

So my answer to you here would be the same. You’d have to make sacrifices and you’d have to set the model for your ideas on how you think the business could improve. That is how you do it while maintaining a good relationship with them, because if you don’t have a good relationship with them anyway, you’re not going to be able to pull anything off. This is a tough answer and a tough situation.

It’s really tricky for me to answer this, but yeah, thankfully I have that case study and that worked really well for that company and that person that I mentioned, and that’s a true story. So you could do it that way. I think that works really well. That’s going to take a lot from you. I hope that helps.

All right, Niño, I hope that helps. Hey, you have a last question. Do you want to move on there?

Niño: We all have our biases on different investment vehicles. For you, what investment is to say your end goal?

Sean: Before I came to the Leadership Stack show, I was actually talking with Marvin. The master Marvin Germo, the billionaire. And we were talking about politics, the upcoming elections, who’s on the running. We were talking about this country. What are we going to do? I mean, the future doesn’t look so bright in terms of our political climate and we pray for it. But we also don’t want to be caught in the crossfire and spend the best years in an environment like that.

So I would say you shouldn’t have just one investment vehicle. You should have a couple, maybe three or four, just to hedge from a bad economy. And even my stocks, they’re hedged against each other. So I have gaming stocks like Nvidia, AMD, Google, and Microsoft. At the same time I also have stocks in the pharma industry in the US. And at the same time I also have big tech like Apple, and Tesla. It depends how well you know the markets you want to get into and how well you know they hedge against each other.

I wouldn’t say that, “I’m going to put all my money in SSS and rely on a government pension some day.” I’m not going to advise that. My suggestion is put it in different areas where you know you put in a good amount of study and you really know how it works, how that investment works. That’s going to be the strategy for me and I hope that makes sense for you.

But even when talking about network. I also went out on my way to get to know people, and the best investment really that you’re going to be making is an investment in yourself. You read books, listen to podcasts, and you network with people. Whenever there’s great people that are coming together, make sure you’re part of that. Don’t be shy, say hi, ask them what they do, and be genuinely interested in them.

The book, How to Win Friends and Influence People, will tell you how you can start a conversation well, so that you can network better. Be genuinely interested in other people rather than talking about yourself. Actually, don’t talk about yourself unless they ask you what you do. So that’s how I network.

I’m really just asking people, “Hey, what do you do? Oh, that’s interesting and you know maybe I could refer you to someone here, because I know someone who might need your expertise or your business or your supplies.” Actually they respond with, “Thank you.” And then they become interested in me as well.

And thank you for your questions. That’s really good stuff. So I hope you enjoyed this episode tonight and learned a lot from it. Take care and God bless!