How To Identify Your Key Strengths

How To Identify Your Key Strengths 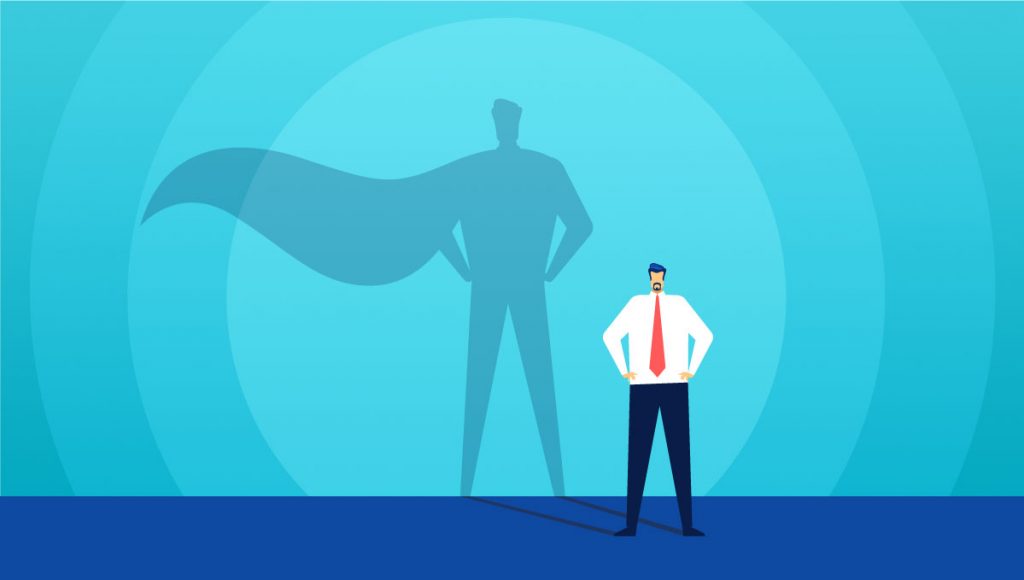 Sean: Hey guys. Welcome back to the show today. I’m with Mr. Jason Ho. He is from Singapore and he is Southeast Asia’s first Clifton StrengthsFinder certified coach, which is impressive. I am quite familiar with Clifton’s StrengthsFinder and we use it in our team. He is also the founder of Performance Capital, and today we have the opportunity of learning from him about how we can use our strengths.

As persons as people in our leadership roles, management roles, or if you’re an entrepreneur in business. So, Jason, thank you so much for being here on the show today.

They spend time on the F right? They figure out, Hey, you know what? You’re good at Avery. So ignore it, don’t put it in the investment. Don’t put in the effort because you’re good at that already. So focus on your F’s, because hopefully you get a B, hopefully if you really work hard, you can A.

So the idea is that since young we’ve always been told to actually, build or fix the weaknesses we have. If you fix it, you can get all A’s. But the funny thing is that the ceiling that we have in this game called exam doesn’t exist in the real world. So what exists in the real world is this thing called world-class and world-class is really, really high up there. The ideal world-class means whoever has hit that and beat that record, it goes up again.

So if there’s no more ceiling and you’re starting with your A, B, B’s and F’s and all of us have A’s, B’s, and F’s in our life. The A’s are the strengths that you have, and what you are naturally talented at. And the F’s are the things that you can work really hard in, but you have a lot of trouble trying to bring it up to even up C.

So one of the reasons why we keep focusing on the F’s, and even when we go into work people, our managers, our team members, most of the time after a project, they will say, okay, so let’s have a review. 90% of the time it’s always about what’s bad, what went wrong? Should you have done this, you should have done this. Why do you do that? Next time do this.

So it’s always about the bad. So we have constantly not only school, but in work we are always reminded us of what is bad about us. Very few people actually remind us of how great we are in certain aspects. Right? So the idea of strengths is that firstly, we want to be able to know that if you want to trans to hit world-class the only chance you have is things that you’re already naturally talented in.

Right, because you asked that you have, if you keep working on that, maximum you probably get a B for example, but there’s somebody else who is so much better in that. They’re going to beat you in your team and all that. So I give you a perfect analogy for this. And I ask Sean,you participate a little bit in this? Right?

So if there is a three animals, right, there’s an Eagle, an ostrich, and so a penguin. So what are they?

Sean: One is a swimmer. One is a runner and one is a flyer. They’re birds,

Sean: Not that good. Yeah. It’s probably going to get shot or caught?

Jason: Yeah, it can’t really run, but it can look like its running. Then the same thing if I asked the ostrich to swim and all that, it’s going to be difficult. Right. But the thing about it is that you’re right to say that actually each of these birds have their dominance and one is land, one is air, and one is seas.

So if you want to see the greatness or world-class standard, what we call perfect performance. We need to understand that. Hey, what kind of bird am I working with. If I know it’s the Eagle, the ostrich and penguin, then I know as a manager, as a leader, one thing I need to do is that the Eagle must fly. Whatever he’s doing, he must fly. The ostrich must run and the penguin must swim and he find ways and means that I can get them to do what they do best.

So in this analogy, when we come back to the, to the working world in the teams and be a leader. Actually everybody’s a human being. We think that, yeah, John is the same as Mary, Mary same as, Sally, no difference.

So if I asked John to do something, Sally can’t do it. I’ll look at Sally “Sally, you should be a little bit more like John, how come you can’t do that.” So when we look at it, we need to see each person that there is something inside them. There is a certain task that they do so well. And not only that, they do it in a way of excellence that far exceeds everybody else.

So, one thing about this whole idea of strengths is that number one, we want to know where it came from, we are fixated by weaknesses because of school and also because of managers, most managers, we just focus on the F’s. And the number two is that when we look at people, we want to look at them that they are very unique. And the more we understand that as leaders, the more we can leverage them.

So back to the analogy, the more you understand, “Hey, this Eagle, he can run. Yeah. Something’s wrong with that? He can’t can’t swim. So let me try and bring him to flight. Well, then you see the whole idea of the glorious majestic way that he does that.

Sean: Now that we know that everyone is made differently. We’re all people just like they;re all birds, but we are made to do some things really well. And those are our strengths. Now there are some listeners here may be wondering, okay, how can I do that? How do I know my strengths? What’s the next step for them?

Jason: One of the ways that – one of the best ways that you can actually understand what is your strengths, imagine this like, so Sean when you first started doing your work and all that, right?

When you’re doing certain things about your work, are there some tasks that you look forward to?

Sean: Yep, for sure.

Jayson: You enjoy doing you look forward to, and when you’re doing that task as time kind of stand still, Like “Hey what three hours has passed?” You get great satisfaction as well.

Jason: Yeah. So all these things are clues to the strengths that you have.

So one best way. And I called it the whole idea of your emotional compass. Let your emotions be the compass of where your strengths are. So give you an example. If you’re doing 10 different tasks at work, I can almost guarantee you maybe three are things that energize you. Rest of them you are okay doing, maybe four. The last few, it drains you, emotionally it drains you.

So one best way really is to take stock of all the things that you do. You can be an entrepreneur, you can be a business unit leader, or you can even be an individual contributor. Of all the things that people ask you to do or you must do, what are the things that energize you the most, you feel alive when doing it? And when you feel alive, you must like, when you’re doing the task, you look forward to that task. Then while you’re doing it, wow time goes past, really fast. You get into this thing called the flow. And when you understand that when you finish that task, you look back, Hey, I want to do more of that.

So your emotions play a great part in understanding how you navigate, what are strengths that you have and what are some of the things that you may be not using your strengths. So use the emotional compass that you have to say that, “Hey, yeah, I do feel energized during this.” That’s a clue.

And after a while, when you take stock of all these things, and if you go back into time, the last five years, 10 years, and you put in more different tasks that you do, and another 10 tasks, different tasks you’ve done over the last 5-10 years, you will see a pattern.

And when you group those things together, that energize you the most, you understand, “Hey, you know what, for me brainstorming every time I brainstorm so I know somehow rather I feel alive, oh so that’s one. So that’s one part of your strengths that you feel that, “Hey, actually, the more I do it, I can be good at it.” And this is why for me, even as an entrepreneur, I’ve done 32 different businesses over my life.

Jason: That’s a lot, right? But that’s the school of hard knocks. Right. And one thing I understood when I did so many businesses, things that I did because of money. “Oh, this is a good business model, let’s try it.” But it didn’t excite me. It didn’t, it didn’t make me feel alive. So I fail in those things, but there are things that I kind of feel, “oh, actually I feel excited.”

Some people would call it passion. I call it basically being energized. And for some strange reason, if you’re energized on it, you think more about it. You research more about it. You grow, you develop yourself more and somehow or other, when you perform on that stage, you’re better. You’re better than somebody else who might not be a strength of theirs, but they’re trying their best, but you come very natural for you.

Somebody else can do it a better job than you. Then you can pay them or you can partner with them. So two ways to try to get that, the other seven things that you don’t do very well, that doesn’t energize you, that doesn’t make you feel alive, partner or pay.

Sean: That by the way is amazing right there. And I’m wondering, now you say passion, being energized.

Jason: I would say that anything that you cannot perform at your best and other way of saying it is if I’ve talked to you about the whole idea of the emotional scale. So once I was energized, the other side is drained.

So strengths energize you, strengths makes you feel stronger. Weaknesses make you feel weak. So anything that actually makes you feel weak, which you feel like, “oh man that email.” You know, it’s, it’s almost like it’s an email. You open up, you look at it. You’re like, okay, I’ll reply tomorrow, right?

Sean: Yeah. Yeah. We all have that.

Jason: I’ll reply like tomorrow or maybe when they chase again. Right. But those other emails that you open up and you feel energized if you want to, but I want to hit that now, those are the clues. So in terms of this scale, it helps you really understand that, Hey, actually, there’s a natural propensity. There’s a natural pattern in you and that you are built for certain things and you’re not built for certain things.