How to Grow Your Startup Organically?

How to Grow Your Startup Organically? 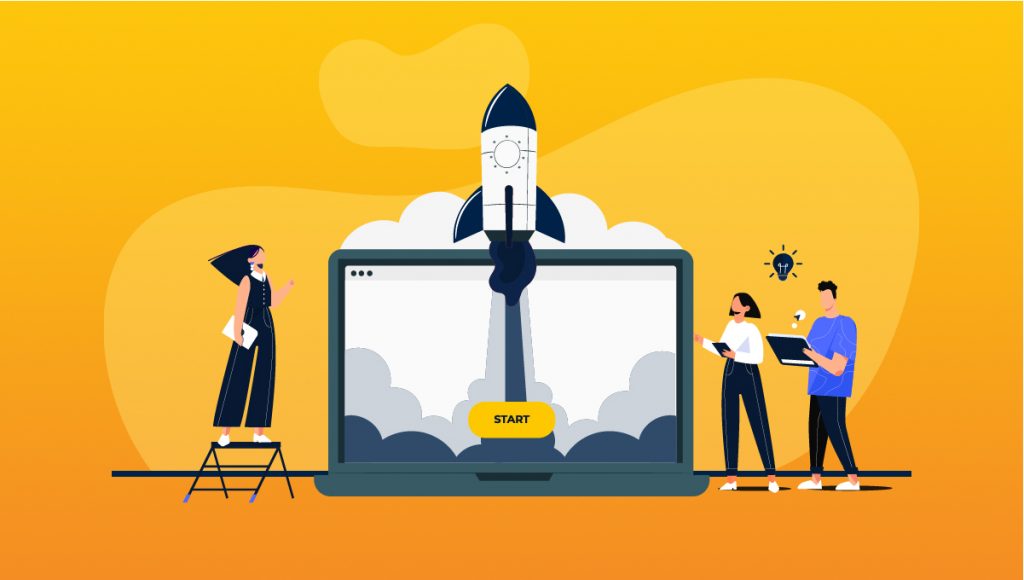 Sean: All right, all right. Good evening, everyone. Thank you so much for tuning in to the live show tonight. Again, we are Leaderships Stack live and we are every Thursday, 8:00 p.m.. All right. Today we have a couple of questions on Discord that were left over last week when I had the AMA with Miss Antonette Aquino. So we’re going to go ahead and answer those questions.

Sean: So let’s start off from one of the questions that I wasn’t able to address last week, and that is from Nino, on the advertising side of TikTok, which would be better in terms of price and impact? Doing ads TikTok or reaching out to influencers so they can promote your brand for you?

Sean: So I think when you reach out to influencers, it’s a matter of you wanting to tap into their followers because they’re very relevant to you. And when you talk of influencers, these are like little gods, or little kings and queens who have a huge fan or following. And in order for you to be able to tap into their followers to also influence them, you would have to go through their kingdom and pay them for their influence. That’s how the influence market works. You have to go through these influencers, strike a deal with them, whether it’s content free stuff, money. It doesn’t matter, if you need their network, their fans that tune in to what you have to say, you’d have to go through them, and sometimes it’s cheaper to go that route than paying ads, because when you pay ads, really, you have no influence. You are trying to bug people off, right? Because you’re advertising. And advertising is outbound, you go out of your way to get into people’s faces, not in the time that they’re really looking for you.

Sean: So it’s not apples to apples. When you’re using influencers, you’re paying them because they can influence their fans, their people, their followers. But when you’re running ads, it’s not about influence per say, but it’s about awareness that you exist, and it’s about rubbing off your brand to them in a non-organic, non-personal way. That is what advertising is. I haven’t advertised on TikTok yet, but I assume that it’s almost the same as advertising on Facebook, YouTube, Instagram or other platforms out there, which I have used.

Sean: So, yeah, for advertising, it’s usually demographics that they are going to allow you to target. Facebook does that. Instagram does that. YouTube allows you to target demographics, keywords. They’re a lot more flexible with their targeting. TikTok, I would say, mostly demographics as well, because TikTok is quite known for collecting private information from its users. That’s actually one reason why I was hesitant to go on TikTok because it’s owned by a Chinese company and didn’t want them. You know, recently, there’s a new out between Apple and TikTok.

Sean: And TikTok was seen trying to reach users’ private data and collect data without permission. And Apple was able to block that. Good job, Apple. Unfortunately, I’m using Android, so I’m having second thoughts about having TikTok on the app. But my team in Leadership Stack has influenced me as well to do TikTok. So there you go. We are on TikTok. There you go. That’s the link Leadership Stack. And also, I was influenced to get into it by Marvin Germo and last week’s guest, Antonette Aquino. So I’m just trying it out. Let’s see if it works, but if it doesn’t, we’re always going to be on Spotify and YouTube anyway.

Sean: Next question. What are the best ways to grow organically, especially when your startup is still in the early stages?

Sean: The best way to actually generate a lot of words is word of mouth about your business, about your product, about your service because that’s free. And that is very, very effective in the sense that when you get referred by someone to another person who might want to get your product or service. That is a very powerful referral right there. And I know because my clients who are loyal to SEO Hacker and what we do and who have reaped the benefits of our work have been referring us left and right, and I’m so pleased and happy whenever I am personally tagged in Facebook groups, whenever there are people looking for SEO makes me so happy.

Sean: It’s word of mouth, right? Can’t beat. And one of the other things that I used to grow my business organically, SEO Hacker, is to do content marketing, and I was writing, so it was free for me. That was organic free growth for me. When I was blogging about SEO, everything I was learning, I made sure that people could subscribe and tune in whenever I had news about the SEO industry or new strategies out there about the SEO industry. And we still blog about new strategies and updated strategies.

Sean: We were able to publish earlier about SEO copywriting, by the way, for those of you who subscribe to the SEO Hacker newsletter, sorry for the double send. The first send was completely broken and we were testing things out and I really am really sorry about that, but we were able to fix it. And now, if you want to go ahead and read the SEO copywriting article – How to do copywriting right? Then just go ahead and tune in to seo-hacker.com, you will be able to find it. So, yeah, definitely content marketing. Write the content yourself. If you’re a thought leader like myself during the early days of SEO Hacker, that is one big way for us to do it, and word of mouth marketing is generated when you have a word of mouth marketing strategy.

Sean: And for SEO-Hacker, we follow the Purple Cow principle, which is to make your product or service so good and so great. Go the extra mile that people can’t help but talk about you. That is the strategy I use for SEO Hacker, and it worked mighty well.

Sean: Next question, would it be advisable to start a couple of businesses at the same time, somehow find your own niche so you can capitalize on it and disregard or stop the outperformed ones?

Sean: Personally, I would not encourage this, because starting a business is very hard. It is very hard. I know that it is downplayed by a lot of people out there, maybe thought leaders as well, but it is very hard. That’s what I can tell you. And this is why a lot of people, especially new people who are trying to start their business, fail. 9 out of 10 businesses fail. That’s a 90% failure chance. And the reason behind that is, one business can kill you. I mean, it can wipe out your capital, wipe out your emergency funds, everything.

Sean: Starting two businesses, that can be devastating. So I don’t really recommend starting two businesses at the same time. If you want to find out if a business works or not, use the Lean Startup Method, I cannot recommend it enough. It’s a book by Eric Ries. I read it. I used it for Qeryz, which is my second company. And by the time that I started Qeryz , maybe you’re wondering, Well, Sean, you started five businesses and you’re doing OK.

Sean: Before I started any one of those businesses after SEO Hacker, I made sure that SEO Hacker was at a level where it’s stable. I’m not saying it’s super secure or it’s super stable, but it was stable enough for me to start another business, and all of my other businesses are actually vertically relevant to what SEO Hacker is doing. Even the Aquascape business, because the Aquascape business, the entire front of the business is the website. I don’t have a brick and mortar store, so it’s vertically relevant to SEO Hacker and it’s just a hobby business. Everything I’m making there, I grow from my aquariums, which really doesn’t cost me a lot of money. There’s, of course, the water change, the lighting, the palm, so there’s a little bit of electricity, and water involved to grow the aquatic plants that I am selling online. But other than that it doesn’t cost me a lot to grow them and cut them and sell them. So it’s a hobby business that doesn’t make a huge load of money, but you know, I’m an aquarist. I have two aquariums right behind me, and I love the hobby, so that’s why I started the business.

Sean: But I only started it because I could make it. I knew I had a really, really good shot in making it make money. I knew it from the beginning because I was looking for websites that actually rank really well in selling aquatic plants and livestock, and there was nothing. So when I started Aquascape.ph immediately, we were ranking number one for the keywords of the plants in livestocks, and we’re still number one right now because SEO Hacker, you know, that’s my business. We’re ranking number one for our keywords and we got number one for Aquascape as well, and it’s generating money every month. We’re selling good five digit worth of plants and livestock, which is unbelievable.

Sean: In business, which matters more product or system?

Sean: The system becomes important because you’re scaling up. It means you’re experiencing big growth or good growth or you’re in critical mass and the business is growing exponentially faster than you’re able to adapt. Now the system is important during that stage, but it’s only during that stage. Because when you’re a start up, the system does not really matter a lot. What matters is you have a really great product, you have a really great service. You’re able to serve your customers well, you can build your brand, you’re making money. That is the most important thing when you’re a startup. So I’d say that in all stages of the company, product is very, very important. But the system is only important when you’re scaling up.

Sean: Speaking of scaling up, I wrote the book 50X Your Business. You might want to pick that up. It’s on Amazon right now and our systems are all there, hiring processes, culture, everything. I wrote it down. If you want a cheat sheet on how to build your system, get that book 50X your business. It is out already.