How to Communicate Ideas to Your Boss

How to Communicate Ideas to Your Boss 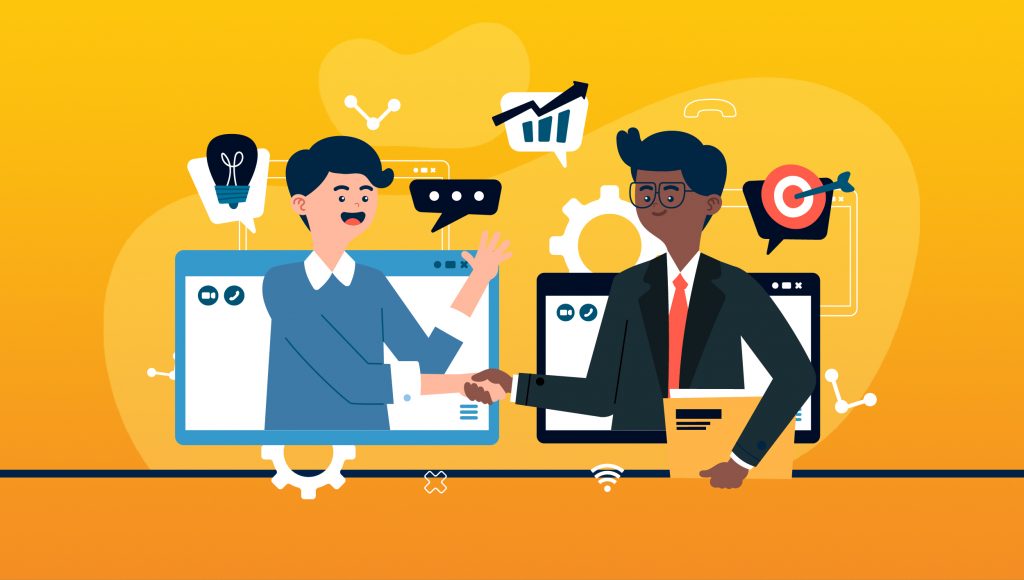 Sean: We have a question here, it says, I’m planning to take up Business Administration in college, however, I’m contemplating since most successful persons worked at corporate jobs and just decided to take the leap. What’s your advice?

Erika: This is a high school student. I don’t know how you’d want to do it, but if I were given a chance, I would want to try corporate. My entire corporate career was a marketing internship at Starbucks for four months. That’s it. And then after that, I jumped into business already, so I really learned everything along the way.

Internship was my only corporate experience. If I could go back, I would have wanted to try to go corporate just to see how it was like, maybe for a few years and then eventually go into business. I feel like I’d get to learn the systems.

But then, you know, when you’re in corporate, you’re also only going to be in one aspect of that business, so you’re not really going to learn everything. So I don’t if I’m the right person to ask, but I also see people who went into corporate and then after a few years, and they were like 25 y/o or 24 y/o, they went into business and everything they learned from the corporate world, they were able to apply to their businesses. So that’s my take. But I didn’t do it.

Sean: I’m in the exact same exact boat as Erika, where I went and worked for Hewlett-Packard for five months, and then I resigned and just built SEO Hacker. HP is a fantastic company to work in, but the reason why I resigned is really just because SEO Hacker was growing and I had to focus on it.

So the experience I had with HP, I was able to take some things out of it and apply it to my business because I was in the services department where we have service level agreements with our clients. And in the five months that I worked for HP, I learned a lot and I was able to apply that to SEO Hacker.

But people who take up Business Administration or MBAs, I find that they usually work for other businesses, usually their management role or senior management. And I’m not so sure if they will go ahead and start their own businesses someday. I would assume that, but I’m not sure about that.

A lot of business men and women that I know are like Erika, at the get go, they decided to start their own thing, learn from it, fail at some point or at some parts like I did, and then start again or learn it, and be gritty enough to keep going and build it, and make it more successful. And then maybe we’ll just hire someone who is an MBA graduate and professionalize the business. I think that’s something that I’m going to be doing someday, for sure when SEO Hacker has grown to that level. In my experience, that’s usually how it goes.

So it depends on your goal in life and at what age you want to be who. So if you want to be a businessman at the age of 30 and you want your business to be a successful business, I think you should start business early and not take Master’s in Business Administration.

But if you want to take your time and start your business when you’re in your 40s, at 45 y/o, or 50s, there’s nothing wrong with that. You know, you could take an MBA, work in the corporate world, and then finally, some day at some point in time, take the leap and start your own business. I think that’s a much safer route, than just going wild wild west and starting your own thing and learning through trial by fire.

What’s the best way to tell a boss or client that their business idea may not be as viable as they think? And how to position your alternative solution? Oh, good question.

Erika: Give them a comparison with their business idea or tell them that, “Oh, you know, if we do this, we can insert reasons here.” Tell them how your alternate solution is better without undermining their idea. Do you get what I’m saying?

Sean: Yeah. And how you can ask it is, “Well, boss. What do you think about this?” And then tell them your proposed solution there or your alternative solution. And if they accept it, that’s fantastic. Don’t get hurt or don’t feel bad if they adopt it as their idea, at least you know that you did what is best for the company and for your leader. That’s how I think about it instead of having a bad business idea pulled under you. I think that that is something that you could do.

And I’m sure if they’re smart, they’re going to come up with a combination of your proposed solution and the good things about their business idea, and it’s going to be a collaboration between you both. No one likes it when people criticize or shut down their ideas. That’s for sure.

Erika: And be sure you’re prepared when they ask more questions about whatever it is that you’re proposing.

How do you build relationships with competitors?

During the early days of SEOs, SEO used to be a very blue ocean. Not a lot of people knew what SEO was. There were not a lot of people practicing SEO. And I guess you, you could say it’s a divine appointment how SEO Hacker was positioned during that time when SEO was practically unknown.

And it’s funny because I would go to a few, very few SEO conferences and I felt like a celebrity because of the SEO Hacker blog. And obviously, I had competitors there, but we were friends because the market is so big and people doing SEO were so few. There’s so few of us and there’s no blueprint to it. There’s no right or wrong practice on paper.

So we shared ideas with each other. We drank together and laughed together. And you know, it’s as they say, you guys are frenemies. And that’s actually quite true because you’re competing with each other for projects, but you know each other, you know your friends, and when you meet, you’re happy. You talk about strategies, tactics and stuff.

And I guess it happens when you have a spirit of gratitude and abundance. But when you have a shriveled spirit, a spirit of selfishness, then you always see them as enemies. And that’s it. They’re not friends, they’re just enemies. So it depends on who you are. If you’re very grateful for what you have, you have a spirit of abundance, you know that there’s so much money in the world and at the end of your life, you can’t take it with you, then that’s the time when you’re going to have even your competitors as your friends.

Erika: Yeah, I super agree. I don’t know. I haven’t had a chance to meet them, honestly. But I have friends who are also in the e-commerce retail market and yeah, I’m friends with them. We share ideas with each other. There’s no bad blood there, but it’s because I feel like there’s a lot of people in the world, even in the Philippines alone, and I feel like there’s enough for everybody.

And the way that you guys can grow as well is that you share with each other, but not the super secret, but, you know, the best practices. I don’t know. I don’t like to be not friends with people, that’s not my thing. But I just feel like there is enough for everybody, so let’s just all share and be happy.

Sean: Yeah, the question is not, “How do you share your deepest secrets doing business?” So you can be friends with them without sharing that, and they’ll respect that because they also don’t want to share it. So you just have to have that mutual respect for each other.

Erika: True! But I think what Viane wanted to do was to be intentional in building a relationship with competitors.

Sean: I think if that’s the direction of the question, it’s as easy as being in the same conferences that they go to.

Sean: That’s one of the best ways to do it. Say hi, shake hands, and talk to them. If you won’t talk to them, there would really be no relationship.

Sean: All right! I think that is the last question. I just want to share before we go that we are on TikTok. My team is asking me to share this and I need to do this and I need to promote this. Please help me out. We have 32 followers right now and that’s it. If you could share it with your friends, that’d be amazing.

And so here you are, EIKA Swimwear. Make sure you like, you follow, and you’re there on Saturday. For the ladies who are watching and for people who want to buy for your loved one, you’re welcome to join the live selling.

So there you go. Erika Rodica, ladies and gentlemen from eika.ph joining us for tonight. I learned a lot and I hope so did you. Erika, thank you so much for being here tonight.

Erika: Thank you so much for inviting me.

Sean: We appreciated it and I had fun. We’ll probably do it again someday and we all learned a lot from you and we are better for it. I hope you enjoyed this episode, and I’ll see you next week. Take care!