How To Achieve Financial Independence

How To Achieve Financial Independence 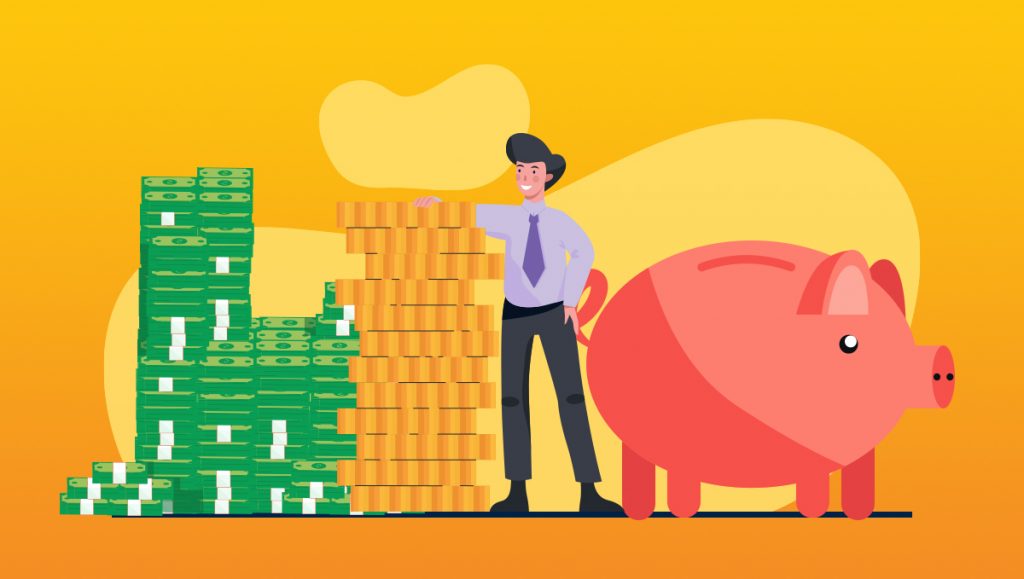 Sean: From Pam, how much should I save up for an emergency fund? And I’m going to add a little bit to her question. Is there such a thing as too much emergency funds, Toni?

Toni: I would say it’s very situational. So let’s say for someone who is a fresh grad, someone who just started working and let’s assume that you have no one dependent on your income, then what’s recommended is usually three to six months’ worth of your expenses. So what you do is you have to calculate your monthly expenses and then just multiply that by three or six.

But yes, putting a bulk of your money or too much money in the emergency fund can be a little bit dangerous because at the end of the day, you’re putting it in either a traditional bank account that only gives you less than 1% interest rate. So you are technically losing money to inflation if you put the majority of your money there. So I would say, 6 months to 12 months would be a good start.

Is there such a thing as a business emergency fund? From Jelly May.

Do you think it is a smart way for teens to build an emergency fund and at the same time invest?

If they’re teenagers, yes. Because I mean like what emergencies are they saving up for? I don’t think there’s going to be a lot of emergencies when you’re a teenager and you have your parents providing you. So, yeah, definitely a smart way to do it, build up an emergency fund, although you might not know how much that emergency fund should be when you’re a teenager because you don’t know how much you’re making on a monthly basis yet. And at the same time investment.

If it was me, actually, if you have a teenager or you’re a teenager, just go ahead and invest immediately. That’s I think that’s the smarter way to go and grow your money. And then when you’re working, you have your career, that’s when you build your emergency fund.

From Erika. How can I save up enough money to start a business?

Toni: I guess for me, once you’re set on your goals, as I’ve mentioned earlier, I guess, and you’ve already established your foundation, then I would say to really organize your budget or really set aside or have a different fund simply for that goal that you have, which is to save up for your capital. And again, if you’re working right now and let’s say your income equates to your monthly expenses, I would say, find ways to cut back.

Sean: Great. It makes a lot of sense. That’s actually the perfect answer for it. It’s either you cut your expenses or increase your revenue. I didn’t have a lot of money when I was starting. I had 1,300 pesos. That’s my capital. You don’t need a lot of money. That’s the truth. If you think you need millions to start your own business, hundreds of thousands, that’s actually not true. 1,300 pesos, believe it or not, I cannot make it up, that’s how much money I had when I started out SEO Hacker.

A lot of people would say I was in the right place at the right time, I‘d say it’s a series of divine appointments. And there was a need and the need was people wanted to rank their business online for certain keywords. And SEO does that. I had my blog. I learned what SEO was. I was able to supply that need. They were willing to get someone like a, nobody like me, you know, 28 feeling units, guys, from LaSalle. That’s like a death sentence if you didn’t know. 28 units slapped on your transcript of records, you’re probably not going to get the great job. Right?

So, yeah, I ran with that. I ran with a 1,300 pesos. 800 pesos I used for the hosting per year. That’s how much it cost. And 500 pesos I used for the domain name, seo-hacker.com. One year. That’s how much it costs. And I started writing, people started inquiring. I started getting deals. My first deal, 50,000 pesos a month, six months locked in contract and I used that money to grow the business. Hire more people, get my first office, pay for the utilities, electricity, water, internet, you know. That’s it.

Toni: I do both. You can do both, right? For as long as you’re able to manage your finances well, you can actually, like what I’ve mentioned earlier, when you have a fixed financial management system that you follow and you have a separate fund, let’s say for your wants or your leisurely expenses, then you can tap into that to reward yourself. Right?

And then you can also have a separate fund simply for investments or for, I don’t know, like a starting capital for a business. So in my case, I do both. That’s my answer.

Sean: For me, I would save it for future use. I’m not a boring guy. I buy a lot of stuff but my wife would say it is not necessary. But there are those rare occasions when I do reward myself. And when I do, I make sure it’s an amount that I could partake with, you know. It’s not a significant amount.

A lot of people, that’s where they make the mistake. When they reward themselves, it’s a significant amount of money from the amount they saved or made. And that becomes a bad habit. So believe it or not, whenever I reward myself, it is a very, very small amount and I rarely do it as well. That’s a very small amount compared to what I make and I rarely do it as well. So I guess, that’s what they say, you know, habits of people who are successful. Don’t spend too often and when you spend, make sure it’s a very tiny amount of what you make.

Question from Len. Thank you for being here tonight. Do you know how much you save or spend each year?

Toni: Actually before, I used to track every single peso. As in, I know where every single peso is going and it’s because I got so obsessed. So when I started learning about how to manage your finances, I had an Excel spreadsheet and then I also had an app and then I would also list it down on my money journal.

But now what I do is I do have an Excel spreadsheet for my annual expenses. That’s where I check my cash flow, my savings or my account balance from different accounts. And then I also have an app that I use to track my expenses daily. So I don’t think it’s appropriate for me to reveal how much I save or spend each year. But yes, I know. I know how much I save or spend. I know where my money goes.

Sean: That’s good. That’s good. So, I know a lot of people, especially financial advisors, would say you have to track your expenses. So don’t think I’m giving bad advice that I don’t know. I don’t know because my wife does it for me. Okay. So if I ask, I’d still know. Somewhere there. So I still know. It’s just that personally, I don’t track it because she does it for me.

So how can I improve my credit to get loans?

Here in the Philippines, you don’t really need to improve your credit, unlike in the US where you have a credit score and they really put a lot of weight on that. They find it very important. Here, the credit score is not so important. What’s more important here is you’re employed or you have a source of income, business. If you’re loaning and you’re a business person, guess what? Your business has to be in existence for three to five years before they lend you anything, before you can get a loan. If it’s not three to five years, you’re not going to be able to loan anything. So it’s pretty tough to get the loan here, if you’re a businessman, but if you’re an employee, it’s pretty easy to get the loan here.

How you can improve your chances of getting the loan is basically having a good standing with the bank. Make sure your bank account has good cash flow coming in. The bank can see, right? The bank can see how much money you’re making and how much money you’re spending every month. So they check your bank statement. They will ask you for your certificate of employment. They will ask you for some bills that you pay for every month. If they see that things pan out, you’ll get a loan. It’s not so hard.