How Can You Be Financially Stable?

How Can You Be Financially Stable? 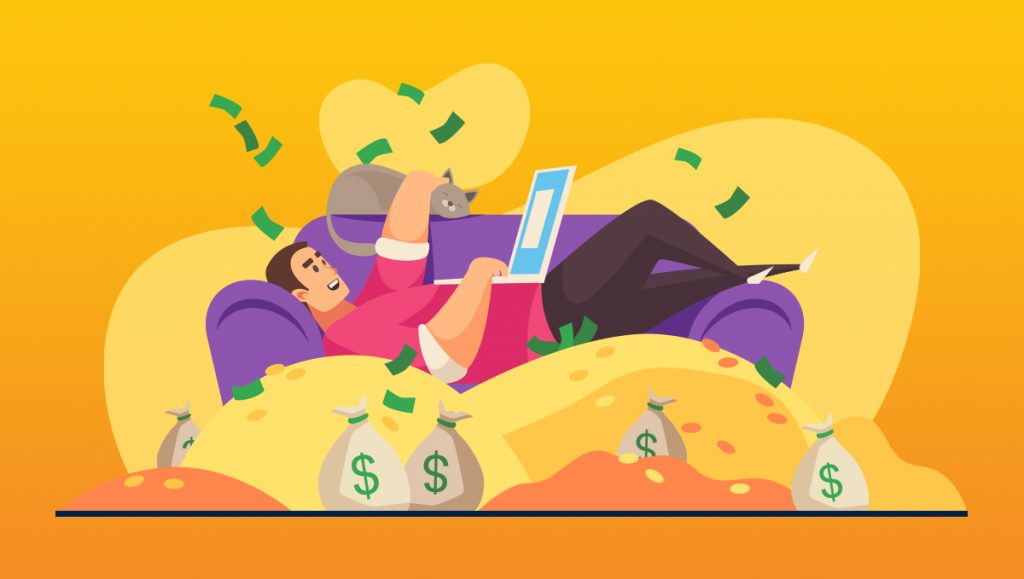 Sean: All right. Good evening everyone, leaders, managers, entrepreneurs who are tuned in. For tonight, we have a special guest, Ms. Toni Aquino is joining us. There you go.

Toni: Hi everyone. Thank you again, Sean, for inviting me on your show. You know, it’s always such an honor to speak with Mr. CEO at 22.

So that means number one, you’re debt-free. You have savings at the end of every month that you put towards future goals, or you just get to do the things that you like. You don’t have to worry about paying your bills because you know you’ll have the funds for that. So that’s what it means to be financially stable.

How do you become financially stable? I would say the best place to start is to look for a job that pays you steady income. So even better if you find a job that you actually enjoy and at the same time can earn money from. And then, you know, once you get that over, instead of thinking about where to invest your money first, or thinking about investing your money in the stock market, then you should also look into investing in yourself.

And that would mean taking up courses, attending classes, seminars, where you get to build your own skill set, and you get to put more of your time, your energy and your money to teach yourself with the skills that you need. So that to me is what financially stable is or what financial stability is. How about you, Sean? Maybe you have a different definition of it.

Sean: That’s the perfect definition actually. I agree a hundred percent. As to how you said it, I’ll just add a little bit. So if you’re familiar with the five steps to personal finance management, get out of debt, as mentioned by Toni, establish a positive cash flow, get insured to protect yourself and your family, and invest in assets. If you’re able to practice all of those things, then I consider that being financially stable.

Sean: Oh man, it was a journey. I remember when I wanted to get married and here in the Philippines, that means a boatload of money, right? Especially in the Chinese community. So I’m Fil-Chi. I’m more of a Pinoy than a Chinese now because I speak better Tagalog than I speak Chinese. I’m actually not that good at speaking Chinese. And being Fil-Chi means you have to have like, 300, 400, 500 guests in your wedding, which is a lot. For me, it was a 500 guests wedding. And so I would be tilted to becoming unstable again, during that time.

If you don’t have those gaps in life where it’s going to drain your money, like buying my first house. That was something that put me in debt. Was it a good debt? I would say so. I would say it was a good debt and I loaned my house for 10 years from the bank. But I had the discipline to attack that debt and pay it off in three years. And by God’s grace, I was able to already pay it in three years. So again, it’s not that complicated. It is difficult because you have to have a lot of discipline.

There are times in my life where I become a lot less stable suddenly because I make investments and I loan from the bank, but I have a steady stream of income to expect. It will fluctuate because it’s a business. So business is not always good. Sometimes there’s a season that this is as good, and sometimes not so good. But still you can expect something there and you can project, that’s why I loaned 10 years to pay, just to be safe. If something happened unexpectedly, I have 10 years, the bank’s not going to foreclose on me. But my goal is really to attack it in three years and be done with it.

Toni: Yeah, you did. You did. Like you’ve mentioned that it was a long journey for you until you actually became financially stable and you had to make a lot of decisions along the way, like getting mortgage loans and then getting married, expecting what? 300 guests?

Sean: Yeah, that wedding was expensive, but it’s for the parents. It’s for your parents. That’s how you honor them. How about you Toni? Since you asked me, we’re comparing notes. I want to do the honor and give you the question back. When did you consider yourself being financially stable?

Toni: Well, I would say when I first started to take on a lot of side hustles, I was not stable because sometimes I would get this amount of income monthly, and then sometimes there’s none. Freelancers here could relate because we don’t really know when we are going to have that stable source of income. And even when I was earning on a good month, sometimes I would have nothing left to save and I guess it would be because of my spending habits.

So I did start seeing or telling myself that I am financially stable when I’m able to put off this certain amount of savings monthly and I actually started investing. So that’s when I realized, okay, I got the momentum and I think I am stable now because I expect a steady source of income coming in and I know how much to set aside monthly for savings. Then I got to do the things that I like, traveling and treating my parents. That’s it for me. That to me is when I realized I was stable financially.

Sean: That’s good. Right? The simple things. I remember asking Marvin Germo this question. And he says, if I can buy the food I want to eat and buy coffee whenever I want to drink, then I’m happy.

Toni: True. True. He also said that if he wakes up and wants to eat a boiled egg, it’s okay. And it doesn’t mean he can’t afford a better meal, it just means like he gets to have that freedom of having options.

Sean: But what an investor that guy is.

Toni: Since we were talking about contentment in general. So I actually asked the Money Health Check community group a few days ago for questions. And it got about like, 40 people asked. And there was one question from, I forgot her name. I’m so sorry, but she asked, how do you define enough?

Sean: It’s just the same. It’s the same definition that I use for success in my life.

Toni: Okay, I’d love to hear that. Maybe I heard it already.

So success for other people means a billion pesos, a billion dollars, a million, sports cars and big houses or an island maybe. But for me, success is a state of not wanting anything. Contentment. You’re happy, right?

Toni:  A state of not wanting anything more than what you have.

Toni: So that’s how you define enough for yourself?

Sean: Yeah. How about you?

Toni: I’m thinking, because it’s a deep question, right? You know, I told myself before I entered college, I said, you know if I got a house, if I got a car, if I got a boyfriend that’s so good to me and so handsome, or if I earn this much, if I get all of that, then I’ll be happy. But then, you know, guess what? I got that at 19 years old, I was traveling, I was earning enough, I was financially stable, but that was the emptiest year of my life. I felt so unfulfilled. And you know, it was because I felt that I did all these means and all I did was just for this very simple end.

And that was when I started fearing death. That if I, knock on wood, die tomorrow, I would be unhappy. I felt I wasn’t able to do anything. So I don’t want that home. That’s when I realized that the essence of our lives shouldn’t be just acquiring money or status. Acquiring money or status shouldn’t be the goal of our being. The goal should be to live your life purposefully. That if you die tomorrow, then you’d be happy because you’ve done something substantial to other people’s lives. You educated enough people and you’re being purposeful in the work that you do.

And in your case, Sean, like you’re in business, you’re helping people, you’re inspiring so many people, right?

Toni: You are. You are. And you’ve inspired me, myself. That’s why you’re my lodi.  So you just realize that you weren’t doing all of that for the money or for the fame for the fortune, all of that, but you’re doing it because of purpose. So to me that’s what being enough is. So now, I can finally say that if I were to pass tomorrow, I’d be happy. This for me is enough. To be able to treat my family, to spend time with my friends and to be able to make content for people, this is okay. It’s alright. So that’s my take to it

Sean: Yeah. Thanks for sharing that journey.