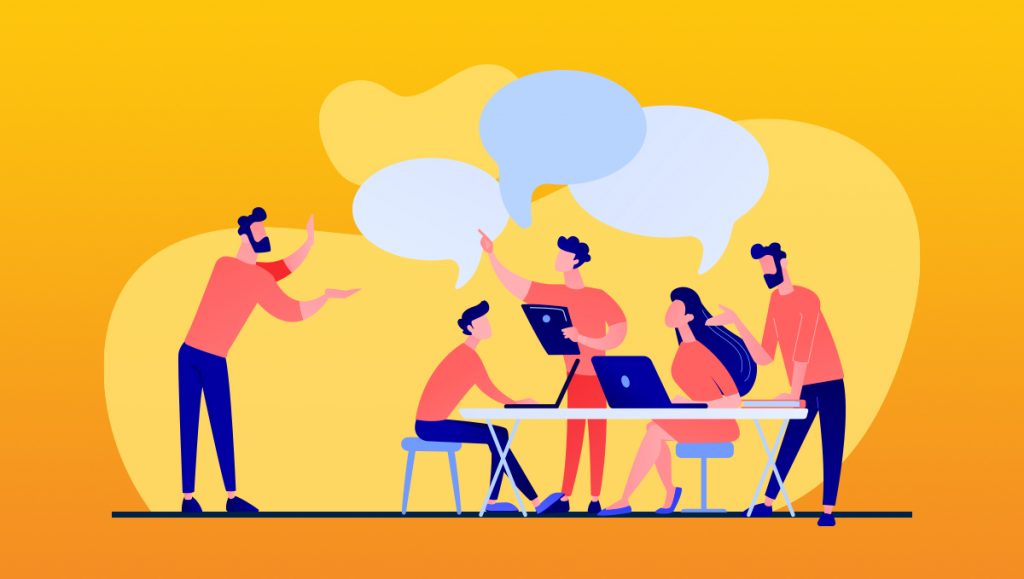 Sean: From Erika, how do you effectively manage your team mostly made up of young people, millennials or gen Z? I’m going to let you answer that first.

We grow them. We make sure that they won’t leave our team as is where is how they work. They will definitely learn skills. They will definitely learn how to lead other people as well. That is if they have the initiative to want to learn that. But we always give that opportunity to other people. And we welcome suggestions as well. So how we lead is how we want to be led. And that is being given direction and being given the freedom on how to do things the way we do best. We also allow them to go from one team to the other to explore if they would like to do that. So another way we lead is to give opportunities for more growth.

Sean: A lot of people, Simon Sinek and all the other speakers whose voices are generally heard about the millennials and the generation Z. Well, we’ve seen this in the YouTube videos that the difference between millennials and the boomers or the gen X-ers is that when millennials and that includes me, by the way, and Apple, we’re both millennials. When we work, we want to work with a bigger purpose than just having a paycheck. We want to know that what we’re doing matters in the grander scheme of things.

And so in SEO Hacker, we do our best to show people, this is what your work is doing. Oh, you’re writing articles. It’s not just because we want to share that on social media. It’s because that article that you wrote is actually getting traffic for the website perpetually every day from people who matter and who become customers for our client. So we connect those dots for them and that gives a sense of purpose that’s bigger than the day-to-day grind. That’s super important.

In my case, I’m the lead sales person or the lead business developer, and I can easily connect it by seeing the bottom line. Oh, here’s the bottom line that makes us secure. That means I could pay my people right and well, for the next X number of months or years. And that is significant for me. That matters to me. That for me is making a dent in the universe. And for a lot of millennials and gen Z’s, that’s what they want to see.

Unfortunately, a lot of the companies now are owned by gen Xers and baby boomers. And for them work is work, you know. Just get in line, snowflake. Right? So that’s how they think. And they don’t really care about showing people like millennials like me or gen Z’s how your work would make a dent in the universe or how it would affect the grander scheme of things. I don’t think it’s that difficult to show people that. I think it’s simple, but this one  is a really good way to effectively manage them.

When you say manage, it’s all about making decisions so that the status quo is maintained or optimized. And what that means for managing a team is, you don’t lose people, you don’t have turnover, your churn rate is super-duper low, or it’s a positive churn. Meaning, someone got married or would have children, or they moved to another team within your company, they went up, that’s a positive churn. You lost the person, but it’s for something that’s positive in their lives or for your company.

To do that, you just have to connect the dots for them. And like what Apple said, you have to make sure that there are opportunities for growth because millennials and gen Z’s are very sharp. If they see that, oh, this is the ceiling, this is as far as I can go, they’re probably going to make plans already to leave. So that opportunity for growth has to be big. It has to be in there. And we make sure that that’s visible and transparent at the get go when we hire and onboard people

From Erika, do you have any advice in managing a difficult team member?

Apple: First, how I would do it, I think would be, is to listen. As Sean was saying, let’s qualify how difficult this person could be. Is he or she someone who wants to get things done his way and his way only? Does this person feel like he or she is just correct all the time? So that I think, we listen first. So the fact that we have to manage not lead, is we just make sure that this person would be able to get to do the things that we need her, or to get her job done or his job done.

So first, I will be very clear of the goals of what he or she is doing. Give the reason as to why the task needs to be done and explain and explain until he or she understands. However, if he or she doesn’t understand, I think Sean mentioned that earlier, it is also best to part ways, if you know, because this will definitely affect the chemistry in the team, the culture in the team, and again, the competence in the team. Because if a difficult team member is influencing others to not do their job well, then it would be better to part ways.

Sean: I actually wrote an entire section about this in my book, 50 X Your Business. So if you’re interested in learning deeply about how do you manage a difficult team member, how do you stop gossip from seeping in to your company’s culture and dividing your team, how do you fire an employee in a nice, honorable, and respectable way, all of the stuff that I know and I do as a leader and managing SEO Hacker as a CEO, I actually put into this book. And guess what? It’s just $5.19. That’s how cheap I’m selling my book on Amazon.

How do you manage a difficult member? Okay. Here’s what I wrote there. There are two ways. Number one, positive reinforcement. Number two, negative reinforcement. Now, some people would say don’t spank them. Don’t do negative reinforcement, just positive. Don’t sanction them. Don’t send them a memo because that’s negative, you know, that will bring people down. Just tell them the good things and maybe they can do even better. You know, you’re going to need both. In my experience. You’re going to need both. Because if the encouragement doesn’t work and there’s a lot of times that it does not work, then you don’t have memos lined up enough to part ways with them and fire them.

You can say, remember this time when you did a great job then, I want to see more of that. Or you celebrate with them their wins, and then say, here’s the thing, I want to see more of that that’s not happening in this project. Can you do that? They say yes. But if they make the same mistakes, frustrate you, then you have to have a memo right there. You cannot not send them a memo because that’s part of the firing process. That’s part of the process that would help them to wake up.

We’re human beings and their excuse, maybe, “I’m just a human.” Well, that is a valid excuse, but you can’t be held hostage by that excuse as the business owner either. You have to make sure that your business is always a priority. The other people within your company are a priority. Not just this one person.

Apple: I think I mentioned earlier that we have to listen to our people and this includes the difficult people, because it might also be that this person is also going through something. And it has happened to us that there was a moment in time when a really good reliability member was really not doing well and she was being unreliable. Right? So number one, we had to really talk to her about it and then we have to listen. Apparently she was going through some difficult stuff. So I think that’s also one more thing because sometimes from the outside, this person just looks like, wow, she’s being so inconsistent, she’s being so difficult and hard and self-centered, et cetera, but in reality, maybe there’s also just some things that needs to be fleshed out. So that’s another thing. Just to add.