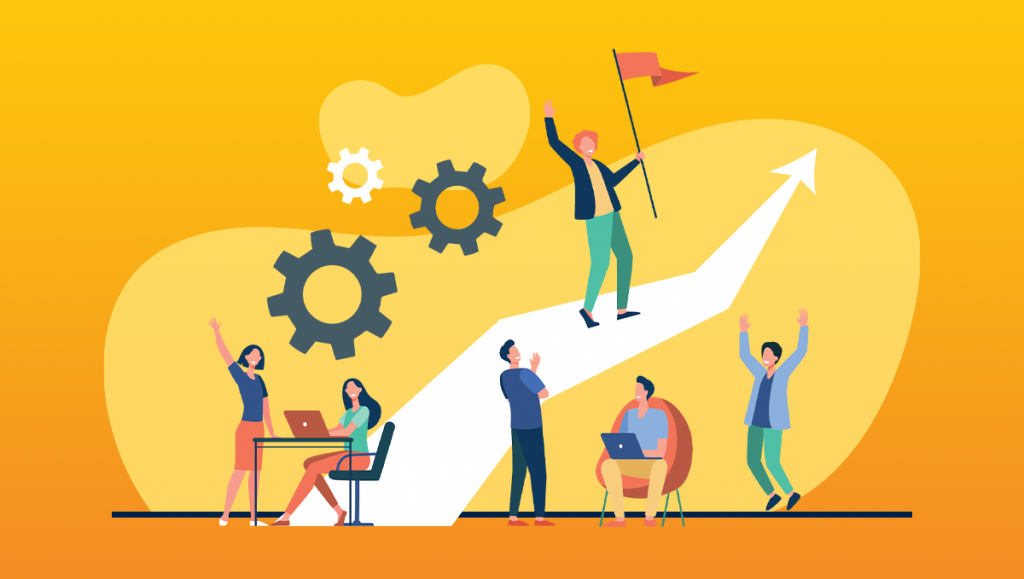 Sean: How to foster employee loyalty?

Loyalty is a two way street. If you show it, they’re going to show it back. If they don’t show it back, those are particularly evil kinds of people. They pay evil with good, so get rid of them. But people who have a good heart, they’re grateful, they have a debt of gratitude, that is what’s important. For me, people have to have a debt of gratitude.

I’m one of the people who has a debt of gratitude, that’s why I also don’t like owing people favors. I don’t like owing people favors because I have a debt of gratitude and I feel like I have to pay it back. And some people, when they call the favor, it could be outrageous. You have to make sure that you have people in the team who have a debt of gratitude. They are grateful. They’re thankful to you. They have loyalty to you for what you’ve done, for what you stand for, for the contributions you’ve done for the team and the company, for your character, and they respect you. All of those things play a huge factor.

Also, if you have a certain employee in your team, who is disloyal to you, who gossips about you, who slanders you, especially if this person is in a higher position, like a leadership position, get rid of them. That’s going to be a sickness and a cancer in your organization. So that breaks down even the most loyal employees. That breaks them down. If you have someone in a leadership position, that’s not loyal to you, get rid of them immediately. So yeah, there are so many ways.

There are so many ways to build it. And there are also so many ways that it could break down. Sometimes it’s not to your fault. Sometimes it’s just because you’re keeping disloyal or evil, particularly evil people in your team, especially in the leadership role. So yeah, I hope that answers your question.

Why do millennials leave their work abruptly? How do you prevent that from happening to the team?

So actually one of the very first episodes that we have on Leadership Stack tackles this. It can go both ways. Sometimes the workplace that they are in doesn’t really know how to serve them. The company is still traditional, it’s not purpose driven. And a lot of millennials are purpose driven. We have an itch and that’s to, you know, leave a dent in the world. Steve Jobs keeps stopping about this. And I think it’s true for a lot of millennials that we want to have some sort of significance and purpose in our work.

A lot of millennials also see work as a means to an end, to a life of travel, of fun, of experience. And that is why they see work as a job. Very few people see their work as a calling. We also are stricken with the sickness of the grass being greener on the other side. When the truth is the grass is greener where you water it. And if you’re working in an environment where the culture is good, where the leaders are loyal to their people and the people are loyal to their leaders, the more you water the grass, the better it is for the entire organization. And that’s going to be paid back to you in dividends, even if you’re just an employee there.

How do you prevent that from happening to the team? You have to have safeguards and you have to have a culture that is not a quitting for nothing culture. So at SEO Hacker, we make sure that our contracts are actually tied up and backed up to prevent people from just upping and leaving, from just going AWOL. And we make sure as well that our interview process is very long, extensive, and it’s able to screen out a lot of people who are going to just go AWOL or quit in the middle of their contract with us. So that helps a lot.

And yeah, you know, you have to have safe guards. That’s what I’d say. And your culture has to be a culture where people can see that there’s really growth there. The leaders are growing. The people in the grassroots are growing. You’re really having growth initiatives. You communicate well and often with the team. Especially millennials, they can, we can read signals. We can because I’m actually a millennial. So we can sense when a certain environment is not healthy and we want to get out.

So if the culture and environment that we sense is very healthy, very good, and we feel like there’s going to be a good future, and vision, and camaraderie here, usually people won’t leave. People won’t leave because you rarely find a company today where the culture is really, really good. It’s very rare, very, very rare. And people who find that often stay.

From Mitch. I found the coach and when is the best time to ask for a job or a job referral? Should expectations like that be established as soon as the mentoring or coaching relationship has started?

So you found the coach you’re looking for a job or job referral from the coach. Are you waiting for your coach to let you know what might be the best fit for you in terms of work? Should expectations like that be established? I think for coaching, it’s not about you. It’s all about your goal, what you want to come out of the coaching relationship.

You do know the answer. It’s just that, you know, here’s the thing. People nowadays actually lose the ability to think. It sounds so absurd. It sounds so absurd, but that’s the truth. People have lost the ability to think. To think about themselves, their lives, their future. When we think we should really think about problems at work. We usually think about the last episode or movie that we watched. Entertainment. We have so much entertainment, we have so much work that we don’t pause and think about our lives. What do we have? What should we be grateful for? What do I really want to accomplish this year? How do I want my attitude to change and improve? How can I improve my marriage, my relationship with this person? How can I add value to this person in my team?

We have lost the capability to think because of the digital world, because of the busyness of the world, because of so much entertainment that we can entertain ourselves to stupidity and death. We have lost that and coaching helps you to find that again within yourself. To be honest, you can do that if you have a certain time to pause, think, and write a journal, meditate, pray, and read God’s word. If you’re able to do that, coaching still helps, but not as much. But if you’re the person who is not into the habit of doing that, you don’t pause, you don’t think, you don’t journal, you don’t pray, you don’t meditate, you don’t read God’s word, you don’t have time for that, coaching will immensely help you.

Mitch: Thanks Sean. It’s a life coach. I’m just afraid he might think I have an ulterior motive for starting the relationship. He started with his coaching session now helping him launch his online presence.

Sean: Yeah. You know, coaching will build a good relationship between you and your coach. So it happens. Sometimes you get businesses out of it. Sometimes you get partnerships out of it. But what’s important is you really get the value of coaching. You learn something about yourself, you’re able to inspect your heart and introspect on what you want your future to be and achieve those goals.