Building A Role Around A Hire

Building A Role Around A Hire 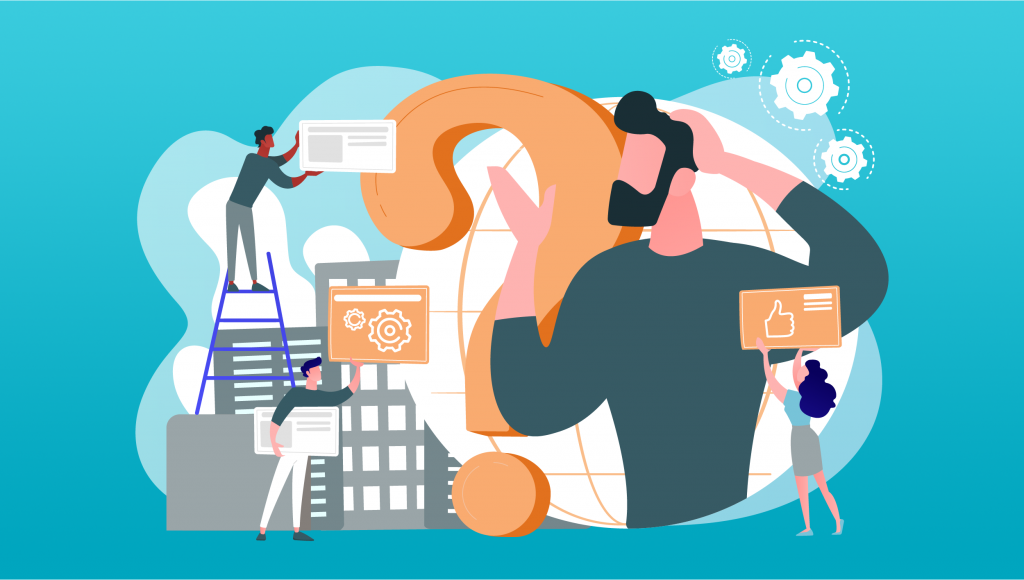 Sean: Let’s fast forward a little bit to the next company that you built. Why do you say that it was a very interesting time for you? You mentioned that you have 14 people you’re working with you like them. They like you. What are some of the lessons that you learned from them?

Jason: Well, I mean the first company, I wasn’t the boss, I was one member of the band who happened to have created the record company. Because I was the only person who had any kind of experience in money and business through the economics degree, although I didn’t actually have any real experience.

And then I got to Mauritius and we had, we create basically a blue dog and a yellow koala cartoon online. And we ended up with 5 million visits a month and a hundred million page views a month on the site for kids up to 10 years old.

And obviously, I couldn’t run that on my own. Initially, I did the first three years just myself. And when we got to Mauritius, I thought, right okay, I need to get a team together. So that they can help me, especially with the client support with the technical side, with the animations, which we weren’t very good at, I wasn’t very good at.

I didn’t really think, oh, if I turn up and say, I need a PHP and my SQL developer, there actually won’t be anybody qualified to do the job. And it was literally, that was my problem. And so I did, I announced, I advertised sorry for these jobs and it would be PHP, my SQL developer, cartoon animation, somebody else to do some cartoon animation, and I would get applications from people who had absolutely no idea what they were doing.

And somebody came in and said, well, I do a bit of excel. And when you say excel, isn’t, you know, high level – server level database management. It’s excel, which is a spreadsheet and it’s nothing to do with it. So then what I eventually realized was there was no point in trying to find people who could do specific jobs. I needed to find people and then fit the jobs to them.

So, what I ended up doing is doing interviews for jobs that I advertise and then taking just the people that I thought, yeah, this is going to work out, we’re going to get on. And then saying to them, what do you like doing? What don’t you like doing? How can we build this job around you so that both you are enjoying the job, you’re bringing value to the company, you know, moving the company forward? And that was an incredibly big wake-up for me, that helps me. It helps me out today because I’m doing the same thing again. But, you know, I got one guy who came in and he was supposed to be doing marketing and it turned out that he wasn’t very good at marketing.

He wasn’t very interested in marketing, but he was really good at spreadsheets. And he was really good at calculating weight ratios, for words and pages for search engines. And I said, why don’t you just do that? And he locked himself in his office for a month and came up with a spreadsheet, that could calculate the exact ratio of words you needed in a page to rank number one on Google, this was back in 2002.

And believing in his ability to do it and giving him the leeway to actually get on and do it. That was a big eye-opener. Another one was the animation. My wife did the illustrations. I built the games and the websites, but one thing I didn’t do very well was the animations of the characters – they were cartoon characters.

So I advertised, and obviously, there isn’t an animation school in Mauritius. So the people who applied were people who just liked to draw. So it was people who were just fans of drawing and they would draw at home these cartoon characters. So they all came in with kind of these drawings that were done on bits of paper.

And that was brilliant because I asked my wife who should I employ? I’ve got no idea. And I showed her the portfolio and she said, well, that, isn’t what we need to know. We need to know if they can draw are our characters, not their own. And so she said, just get everybody draw this character, Koala – had the yellow koala in the cartoon series and then bring them back to me.

She didn’t want to do the interviews, not from the person, but from the drawing. And then we need to make a decision about who do we get on with, which is the best drawing. And I got this big pile of drawings I went back to and I said, okay, here you go. I would pick that one. And I said, no, we want this one.

And I was going to put it. It’s not very good. And she said, yeah, but it’s got soul, this person feels what it is. This character represents the drawing in itself technically isn’t brilliant, but he’s going to get it. And I employed him and he still was working with me nine years later and he turned out to be number one best top animator and illustrator, and a lovely, lovely chap.

And that’s a really interesting kind of point as well, which it brings it on to another point is – as a boss, I think there’s a danger if you get on well with people. That there is a loss of that kind of distance that you need in order to be able to tell people what they need to do in order to – as a boss I mean, I don’t like being a bully or a bossy kind of person, but at some point, you have to be to at some extent.

And he was particularly interesting because I was actually the blue dog in the cartoon. So I had to play this role of saying, actually, I’m this funny blue dog who entertains kids and who sings songs. but I’m also your boss and that’s a really difficult balance to get. And one day I walked across to the guy’s desk and he’d done the animation of the best animation I’ve seen in the entire series. I’m really, really lots of souls. And the blue dog is bouncing across the screen, looking incredibly happy.

And I found that to be, somebody I appreciate greatly as a human being, somebody I enjoyed working with, somebody I loved working with. Somebody I have enormous respect for his work. And we never lost that relationship when I was still the boss, but it was an enjoyable experience. And I didn’t ever, I don’t remember ever having to boss him around.

And after the first couple of years, it became really, an exchange with him and in fact, it would do two animators and the other friend, he brought a friend. Yeah. And that was the other thing is, I would say to people if you’ve got friends who want a job who you think would be good for the company, bring them in. And that was a great way to extend the team. And we ended up with us. I said 14 people, and it was pretty effective and efficient.

So I’m wondering what happened to this one?

Jason: This one, I took a business partner on board, and unfortunately I was very naive and I was a blue dog, and I think I forgot that I needed to be a businessman in order to maintain and keep the company. And he used Mauritian law to basically take the company away from me.

So he still has the company he’s still running it. While I’m fairly bitter, but you know, that’s like, that’s the way things go. I don’t think he’s doing a good job of running the company, but now it’s none of my business because it’s not my company anymore, but it’s still going and the cartoon characters still exist and the site is still up and running.

And I think that’s really important. It’s saying if we can get processes in place where people are incredibly efficient and effective about their jobs, we’re going to be much better off. And that doesn’t mean that their jobs are boring. What I would say to the people in the team is at least 50% of your work needs to be interesting for you.

And I think when people say I’m enjoying half of this job, the other half is not so much fun, the other half, they will do efficiently, effectively, and very well. Because you have that other half that you enjoy. And if you say to somebody, 80% of your job is going to be boring, about 20%, in my opinion, is simply not enough to motivate them to do the other 80% well.

Sean: That’s actually pretty good. I never thought of it that way. A lot of people would want their work to be a hundred percent enjoyable, which is a myth. It just doesn’t exist because as you mentioned, you’re the boss and you also don’t get that a hundred percent.

Jason: Well I’ve found that – I mean, that line actually works really well because when I say to people when they start the company, it won’t be a hundred percent enjoyable. It never will be, your entire life it won’t be because I’m the boss. And even for me, it’s not, I have to do some things I don’t enjoy. But that’s part of life, that’s part of work.

But if you can get to the stage where 50% is enjoyable, I think that’s a good balance. If you can get it to 70%, all the better for you, but there’s no point if you’re aiming for 100% because you’ll never get there.

Sean: Yeah, that’s true. And I could vouch for that, to all of you listening. It’s never going to be a hundred percent.