5 Keys To Effective Communication As A Leader

5 Keys To Effective Communication As A Leader 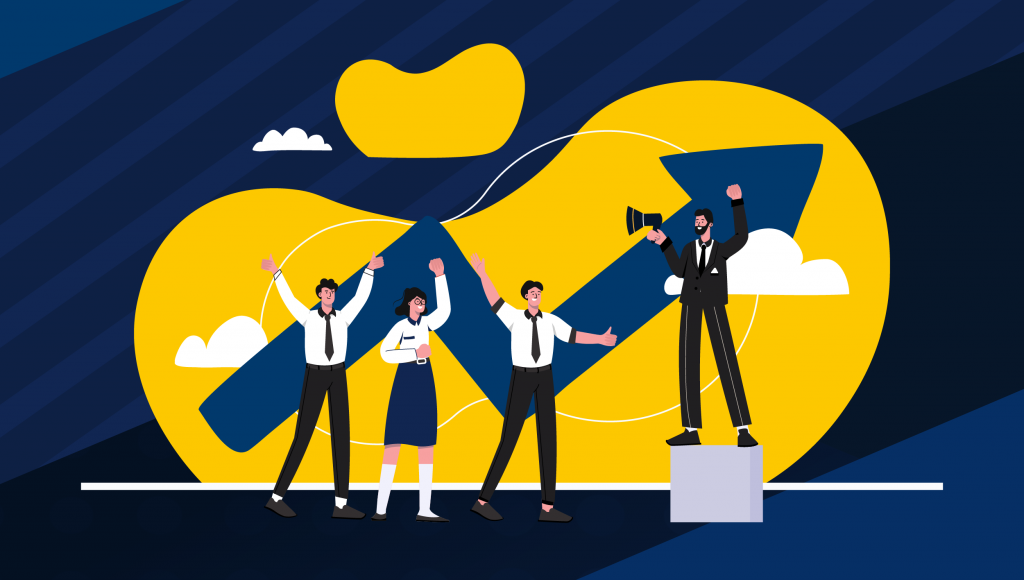 Sean: Hey, guys! What’s happening? Sean here, a.k.a Mr. CEO at 22. And welcome to another episode of the Leadership Stack podcast.

If you’re new here, please hit the subscribe button, the like button and the bell notification icon just because that maximizes the rankings of this YouTube video so that other people might be able to see it and find value in it. And as a bonus, you get first dibs on our videos as well.

Today we’ll be talking about how personality tests, a lot of them are free, improve workplace dynamics.

First off, what are the limitations of personality tests?

These personality tests help you become more aware of yourself. It does not change who you are, right? It doesn’t mean you get different results because you’re trying to engineer yourself. So don’t try to get different results. Whatever the results are on your first take, don’t think too much about the answers.

Usually when you take a personality test, the first answer you think of that feels the most right in a span of three or four seconds, that’s the correct answer. Don’t overthink about answering these personality tests because there is no right or wrong answer. Just get to know who you are really better and better, that’s what it does.

There’s a lot of personality tests out there that you could try. A lot of them are free, some are paid. But I suggest if you’re just starting out, try the free ones first, especially the more simple ones like the DISC.

It’s a super simple personality test. It’s free and it’s very, very common. You can get a little bit more insight about who you are, why you think in a certain way, why you work in a certain direction.

And just also be more familiar with the DISC system so that when you get to work with other people and they have their DISC result, you will get to know already a little bit about them without them saying anything about themselves to you except for their DISC results.

All else being equal, maybe they graduated from the same school, maybe they have a similar group of friends, but you would rather have a meticulous person in your accounting department.

So it’s very natural for you to have a stream of applicants coming in and they’re all different. God made us unique and people are different from each other. You’re going to have different kinds of personalities in different positions in your team.

What you want to do as the leader is make sure that you have the right kinds of personalities in the right team. Now that is not an easy job because some people would apply for a certain position in your company with their personalities or their strengths or their preferences not really being a good fit for that position or role.

You have to figure it out. And one way that we do that in SEO Hacker is we actually ask people to take these personality tests. Someone who is the perfect fit for a role in your department with a perfect personality to boot the perfect attribute, they would make for a dream team player in that department.

An employee and job fit is very difficult to be able to pull off sometimes, but once you get it, you get it. And that would work like a dream.

Let’s go back to the accountant example. If I have an open position for an accountant, what I want to do is find the person who is the most meticulous when it comes to numbers.

And the same thing goes for every other department, right? So in my Web development department, I want someone there who cares about results, who is an almost perfectionist, who is meticulous about the code, that the code is cleanly done so when it executes, it’s fast and it doesn’t take up much process memory.

I want someone like that there and at the same time I want them to have some form of leadership so that they can work well with teams because web development projects are not a solo project. So you would want to place someone there who is also good at communication, listening to others, and also voicing out their concerns.

Another reason why it’s so important to have these personality tests is because you also want a good leader and team member fit. You would want people in your team who are leaders of teams to be able to have a good fit with the people they lead.

These are people that for me are an immediate, no brainer, I want to work with them and they also work well with me

There are people that I can’t really work well with and these are often people who doesn’t produce output that’s polished, there’s something missing, or maybe it’s submitted late or it wasn’t done that well, I felt like they didn’t put their heart and soul into their work, I can’t work well with these people.

This is because I have an extremely high D personality or dominant personality. That kind of personality really demands excellence and demands it at the right time.

It’s very different how my wife is. With my wife, Apple, it doesn’t matter if you produce great results or subpar results. What matters is for her you’re a human being and she loves you as a friend no matter what.

In my case, work matters. And if you’re not producing work that we need, then our relationship is going to turn sour, whether you know it or not, whether you like it or not.

I’ll give you guys another example. Our producer, Lara, we all took Enneagram tests and it’s a free personality test that you could take online. You could just get your results and search in Google what those results mean.

And it turns out that with Lara’s results, she got one, three and six, which if you look at what it means in Enneagram number one, is the Reformer, which means she’s idealistic, she’s principled, she’s rational.

Another one of the Enneagram results of Lara is Achiever, and that means that she is success-oriented, she is pragmatic, she’s adaptive, she’s driven. These things are important for her, and these things make her feel more alive.

There are also downsides or negative attributes or weaknesses, I would say, of these personality traits according to Enneagram. But what you look at are the strengths.

Also for the DISC spectrum, another free personality test that we have out there, Lara is a CSDI, meaning she’s corrective and steady, C and S.

So her Enneagram, her DISC results are very, very similar. In fact, before we start rolling this episode, I was almost exactly right when I tried to guess her decision based on her Enneagram.

As we wrap up, I hope that helps you out to figure out what you need to do next in your team. Maybe you should put this in your hiring process. Make sure that people answer the Enneagram test so that you as the leader get the result before you hire anyone in your team.

And you have to also figure out what kind of person you would need in this department or in this open position that you have so that you know exactly what kind of Enneagram results you need from a person to put the right person in the right position in your team.

And if this episode has added value to you, please do help us by sharing this episode with someone, maybe a friend or family member or colleague, and hit that subscribe button like button and the bell notification icon if you haven’t yet.

Thank you so much and I will see you in the next episode.