5 CEO Types and Their Effect On Culture

5 CEO Types and Their Effect On Culture 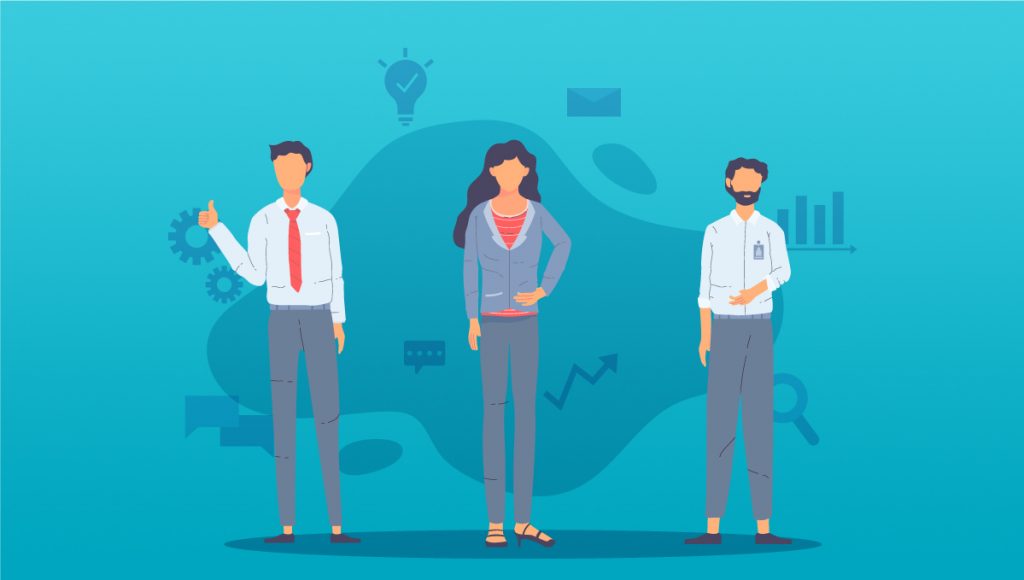 Sean: Hey guys, welcome back to the show, we are Leadership Stack. And for today, we have a very special guest for you. I am super excited to learn from him, and I’m sure you are going to learn from him as well his name is Breton Putter. And he hails all the way from Portugal. But he is really from London. He just moved there.

He is the CEO and founder of Culture Gene – gene is spelled as G E N E. You could look it up, there is a website. It is a culture leadership software and services platform that helps companies and leaders worldwide in designing, developing, building, and transitioning into a high performance remote culture.

And this is very significant, especially today when a lot of companies have transitioned remotely. So we are going to have a very exciting learning episode for all of you today. Brett, thank you so much for being here on the show.

Brett: Sean, it’s really great to be on your show and thanks for the invite. I’m looking forward to it.

I think I’m probably going to learn from you too.

And it is tough to be a managing partner, but I’m sure you learned a lot of things coming from there to now founding Culture Gene, can you tell us the story of that entire journey?

Brett: Yeah, so I joined the Forsyth group in 2001 and I bought into the company and we essentially built a small executive search firm focusing on high growth, emerging technology.

Typically startup companies, venture capital backed companies, and we would help them recruit their senior leadership teams. And actually how I transitioned to culture and became passionate about culture was I was lucky enough about five years ago now to work with three companies, almost one after the other, where the CEO or the hiring manager demonstrate a really clear understanding of their culture.

And actually I was asked to find candidates that had the right skills and experience, but also a match with the values of the company. And this became a much longer, much harder recruitment to do. But actually when we got to the interview stage, that’s where I could see the difference. There was, you know, it was almost as if they’d been dancing tango for 10 years.

The way the people were talking, the candidates were interacting with the leadership team. And actually then when they joined the company, the impact that they had on the business, both in the short-term and long-term was significant. And that’s where I realized, hold on, culture seems something, the penny dropped for me.

There’s something here because it was so different. And so impressive the way the individuals who had never met with the leadership team seem to gel. And that’s where I started really researching company culture. I interviewed over 50 CEOs and leaders of high growth companies. I’ve written two books on the subject and built a process and methodology with a software backing it up, to help companies define, embed and manage their culture.

And we’ve built a small team around us that helps our clients really take their culture and turn it into a visible, conscious, tangible asset for the business.

Sean: That’s awesome. And so you got inspired by that. I don’t know if you’ve ever heard of this story about Patrick Lencioni, he always shares this, the show “Lucy”, which is an old show. I didn’t have the opportunity to watch that.

And the lesson, there are a lot of managers and leaders, even CEOs, we love dealing with the measurable, tangible things. When the light is not good and the light is not good on culture, you just can’t measure it, we tend to just put that aside. Now, a lot of CEOs, business owners, we think that – they think this way. If it’s not measurable, it’s not worth doing or investing in. Tell me why is investing in culture so important?

Brett: So I’m gonna take one of your points first and say culture isn’t measurable.

Anything that can impact your culture negatively is you and your leadership team or the people you hire. Your competition can’t impact your culture. They can’t copy your culture. And it’s unique to you. Your culture is the glue. It is an accelerant. It is a magnet. The companies that have the best cultures operate on a level that most other companies don’t because they’ve invested in building strong, functional cultures.

The culture development elements were non-existent or lazy because the office was there doing it for them.

Sean: It seems to me that I will re-listen to this podcast because I am already learning so much. And I’m going to be putting you in my watch list, because if you’re the guy who can measure culture, that is phenomenal.

So I completely agree with what you said and I’m going to stem from that. I’m going to stem from what we just discussed. This is not part of my initial question list, but I’m just wondering, is there an entry point or a starting point to developing culture? A midpoint where the brunt of the work is and where you achieve critical mass. And is there an end point as well?

Brett: Culture develops whether you like it or not. It agrees on some of the fundamental values at that stage and then tries and recruits against those values. Because those are the people who will stick with you just because your values are more consistent.

So one point about culture is culture changes over time, because the way we do things around here changes. So pre pandemic, December 2019, showing your business operated in a certain way. Now you know, in the heart of this pandemic, now that your culture has changed the way you operate has changed, the way you do things has changed and it’ll continue to change.

Sean: Aside from culture being difficult to measure. I’m not going to say impossible because you’re in that journey to making it measurable. Aside from it being difficult to measure, is there any other roadblock why we see so many companies being lazy? I’m using your word there, they’re being lazy and investing and improving and just starting to talk about how or going to make our culture this way.

Brett: The main reason CEOs and leaders don’t do this properly is because they don’t know how. The majority of leaders want to build a strong, functional culture. They don’t want a weak, dysfunctional culture you know. But it’s, “we are busy”. You know, “we’re fighting fires, we’re hiring more people, we’re scaling the business, somebody left, we got to hire somebody new,” et cetera, et cetera, et cetera. And that’s hard enough as it is. Now here comes Brett Putter and says “you’re being lazy” and you go, “who the hell do you think you are Brett Putter?”

“You know, I’m not being lazy. I’m working. 24 hours a day, seven days a week, you know, go away in a different language.” And actually it’s because leaders just don’t know how to do it. So there are, there are basically five types of – if I believe the leadership archetypes that I’ve defined, the first one is the culture agnostic CEO doesn’t care, not interested just going to run their business through the force of nature that they are.

The second type of CEO is the tick box CEO. They define their values and the mission and they, you know, they define this – their  vision and do that, tick the box and forget about it. Nothing changes.

The fourth type of CEO is the culture aware CEO. They understand it. They’ve been lucky enough to work with another company that really has demonstrated to them how important it is. They learn from that, or they have this natural instinct around it and they define their culture. They do a decent job of embedding their culture, but they always want to do more.

The fifth type is a new type that’s happened because of the pandemic, which is what I call the lazy in inverted commas CEO, who’s now realizing, “Oh, my word, what do I do now? Because my culture is degrading. I realize that I should have done more. Too bad. Now I have to do something about it. What do I do?” And they are still slightly stuck in living the culture of the past and they are trying to replicate a lot of the culture of the boss. And it’s not landing. So those are the five types and it’s a little bit unfair of me to call a CEO ‘lazy,’ but they were lazy when it comes to really working on the one sustainable competitive advantage that they have complete control over.

Sean: Now that’s very interesting because you keep repeating the word CEO. So maybe a short question for you is, and I’m cheating when I ask you this, because it’s not on my question list, but it’s very interesting. Is it the CEO’s job to implement culture?

Brett: It’s not the CEO’s job necessarily to implement culture, unless it’s a very small company, but it is the CEO’s job to lead culture.

So if you look at most CEOs, they have people reporting up to them around finance, marketing, sales, engineering, customer success, and so on operations, dah, dah, dah. And there’s nobody reporting to them about culture because they don’t know how to do it, but it is still the CEO’s responsibility because the CEO defines the culture.

Because saying one thing and behaving in another creates disconnect in your team and being aware of that disconnect will help you overcome that. But essentially the CEO is fundamentally responsible for the culture of the company.