2 Key Must-Have Characteristics of a Leader

2 Key Must-Have Characteristics of a Leader 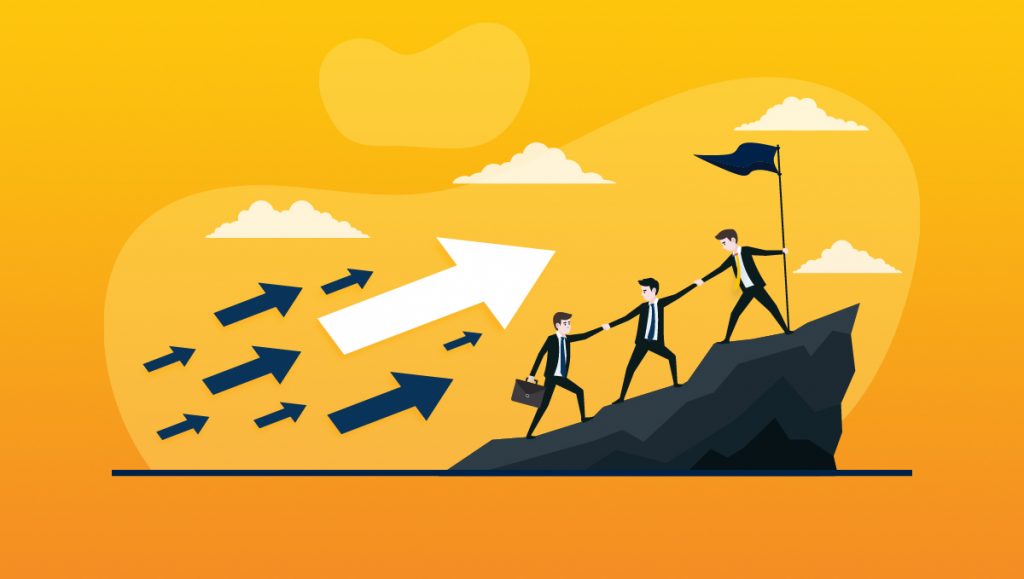 Sean: Next question is from Erika. How can leaders in startup tech companies train their team to improve their marketing strategies? There you go. We’re talking about marketing now.

Edwin: That’s a great question, Erika. I’m also keen to hear what Sean says, but I mean, in the point of view of leadership. First off, if you’re a good leader, you’re going to allow your team and your marketing team to do what they do best, sort of get out of their way. That’s the trust and empowerment of a leader.

Edwin: Having said that, if you’re the CMO, I think it’s the same thing you’re going to have in the team that’s going to do that. So you want to make sure that you empower them and provide them the tools and the techniques, or the support that they need, right? I always say that you want to train everyone or provide the training and the tools that they need to make them better.

Edwin: I did head hunting. I did technical recruiting over 10 years ago. And one of the best things I heard at the time was, “You know, you want to train your people to be the best that people want to be headhunted out of your business because they’re the best of the best. But you also treat them amazingly so that they never leave.” But it’s almost a testament to how you are as a business leader, how you empower these people.

Edwin: You know, one trap that a lot of entrepreneurs try to do is they’re like, “I want to hire the best right?” But you know, how are you going to empower the best? And then you’re going to critique them because you don’t know how to manage them, and how to empower them, and how to provide for them. But that’s more of a leadership strategy than implementation, when it comes to marketing and like anything, I think it’s really putting things out there, having a strategy, putting out there and checking your data, pivoting and key and keeping open, right? Because it’s all hypotheses that we’re doing when we put it out there. But yeah, I’d love to hear what Sean has to say on this.

Sean: Yeah, good stuff. One of the things that the pandemic has allowed me to do – so in the office, I would often go to the glass board in the conference room and I would sit some of the people down who want to learn marketing, and I would start to teach using the glass board, and we would never have a recording of that. So I’d always need to do that over and over again. But now during the pandemic and we’re doing it via Zoom, I am allowed to record everything now in Zoom.

Sean: And what we do is when I train people about marketing, and how I think and how we market an SEO-Hacker, see our marketing channels in SEO-Hacker is not a lot. We’re running a couple of YouTube ads, we’re running a couple of Facebook ads, more for brand awareness and reach, no ROI. We’re not thinking about our – as brand awareness and reach because we want to be perceived as the number one SEO company here, and we’re ranking number one for the keyword SEO Philippines, which is a huge back up to all of the ads that we’re running now on YouTube and Facebook.

Sean: So the marketing is really simple. We practice what we preach. We’re selling SEO. We should be number one, right? And then everything stems from that. And how I think about our marketing strategy. I sit down on a Zoom call with my people and I relay to them, we record that, and they asked the people producing this podcast to help me edit the video and then we upload it on our process documents software.

Sean: So we use Waybook. You can use Google Docs, you can use Trello, whatever you want to use for the process documents that you have. It’s just that we prefer using. Waybook, or you can use Monday, whatever comes our way that we believe would be the best way for new people or new hires to just open and watch the video again. It just so happens right now that Waybook is the easiest for us. I’m not affiliated with them, so I’m not really promoting that. But that’s how we do it. Just so I don’t need to keep on doing it over again. And when people in my team ask me, ‘Hey, how do we do our marketing? Hey, how does Sir Sean think about all of these ideas that we’re launching in the marketing strategy?’ Then they can watch that video.

Sean: So that’s how I train my team. I think when you’re the CEO and founder, you’re kind of quirky in the sense that you just want to get up and do things when people ask you a question. That’s why we have this AMA, right? I mean, I like questions. I like answering questions. I’m sure Edwin’s the same and we just have to have it recorded because people are going to ask you the same questions and you’re going to lose some people. You’re going to hire some people. That’s how business goes. I’ve lost and had more than 100 people now in the 11 years that I’m running SEO-Hacker. Yeah, I hope that helps.

Sean: From your experiences meeting different leaders, what are the qualities all leaders need to have? Wow, big question.

Edwin: I think I’ve interviewed almost 200 business leaders on my podcast called the Business Leadership Podcast and everything from like super exited tech founders. But what I find is that they are visionary in the sense that they know what they want to achieve, but they are also humble, and empathetic that they don’t know everything. So they want to build a super team around them, and they want to have them and treat them like, you know, with respect and want to empower them and get them out of the way.

Edwin: But that’s what I find, real quickly in terms of that is like – to get out of your own ego. And you know, we all love the title CEO-Founder. Ultimately, we’re at the bottom and we’re trying to raise everyone else up. We’re there to make everyone successful, and there’s no job, no role that we can’t do to help them. You know, at the end of the day as the founder and the entrepreneur. If everyone fails, it comes to you, and you gotta do it. And that sort of comes with the job description. It may not be written anywhere.

Edwin: Because it’s not your people’s, you know, after they quit, you know, you can’t expect them, you need them to have a life. So that’s also the empathy, and life balance that you want to give your people. But I think my answer is 100 percent visionary, empathetic, and humble.

Sean: Really good qualities. I run a lot of – pre-pandemic, I do run leadership conferences, and I ask people this question: What is your idea of a leader? And then I proceed to write it on the glass board or whiteboard. And you know, some of the most common things that people would say – humility, it’s there. Empathy, initiative, execution, diligence, integrity, the list goes on. It’s an amazing list, that is what I could say, it doesn’t run out, right?

Sean: People expect all of those qualities, right? Kind, takes care of people, thinks about their people. Generous, honest. There’s just so many qualities of a leader that people look for. And these are people who are team members, their employees, their team members, team players. They look for so many things with a leader that it is hard for for even me to say, what are the qualities all leaders need to have? If I’m going to have to say the top three, top four, it doesn’t encapsulate what kind of leader you and I should be. Because people expect it to be all of those things. And whenever you and I are not all those things, we’re failing as a leader in their eyes, it’s that they they hold us to very high standards. That’s really the job of a leader.

Sean: And the fact that we are here, when your people, my people are watching and they’re holding us to an even higher standard because we’re answering these questions, right? So it’s very tough to be a leader. If I’m going to choose. A hundred percent agree with what Edwin said – empathy, and humility, if you don’t have that, you don’t have a beginners mindset. You have ego involved in every decision and every conversation; it’s not going to work. You’re not going to be an effective leader.

Sean: When you have a private life, and a public life, and a different persona at work, it’s tough for people to see you as a good leader because you’re two faced and it’s hard for people to also trust you, and you’re also unpredictable. And when you’re unpredictable, that means you’re inconsistent. And when you’re inconsistent, that means you’re not accountable. People can count on you. So integrity is one of the biggest things that I think a leader should have. Otherwise the foundation of people trusting you and allowing themselves to be influenced and led by you. It’s not going to happen. So I hope that helps.

Edwin: I love that one, though. The one person man, was that it?

Edwin: So I might have to quote you, Sean, on my social media.

Sean: So the explanation behind that, Edwin, is when you say integrity comes from the root word integer, which means whole or complete, it’s not a decimal. And so when you say integrity, it’s integer – whole. So that’s where I got the idea of being a one man person. You’re a whole person.

Edwin: I love that. Yeah, thank you for sharing that. It’s amazing, man.